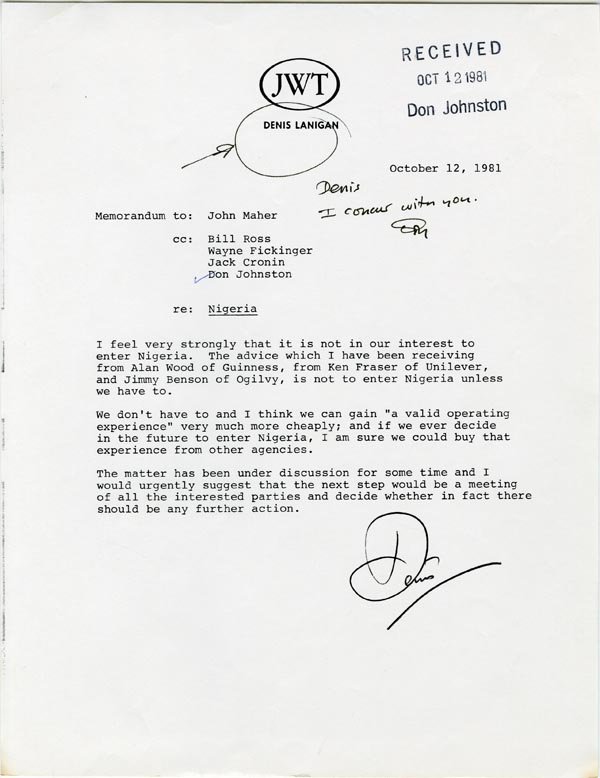 Letter from 1981 arguing that it was not in JWT's interest to open operations in Nigeria. Jack Peters Papers, Box 64.