About Tobacco Advertising and the Tobacco Collections 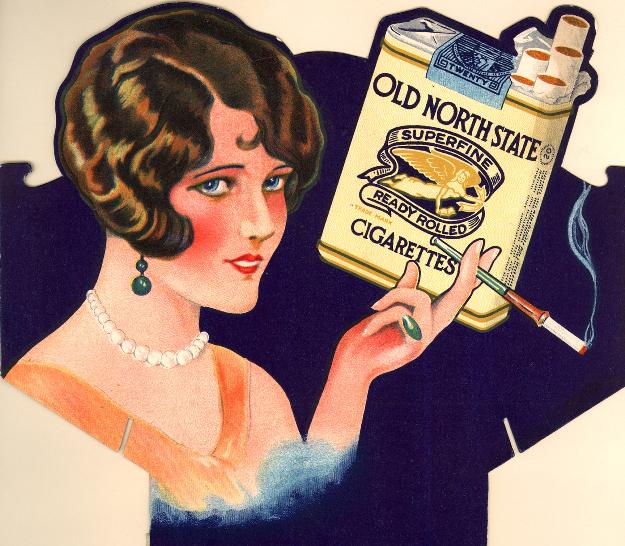 Tobacco advertising in America first appeared in 1789, when the Lorillard brothers advertised their snuff and tobacco products in a local New York daily paper. Advertising for tobacco, and most other products, over the next 70 years took this same form - mostly unadorned advertisements in local or regional newspapers.

For the three main tobacco products of the time - snuff, cigars, and smoking tobacco - manufacturing was primarily done by hand until after the Civil War. This obviously limited production levels; combined with the lack of transportation, manufacturers did not have the infrastructure to support a national demand for their items. As a reflection of these limitations, brand names were infrequently used. It wasn't until the 1840s that brand names slowly began to appear on labels. Customers traditionally would ask for the "best" product, rarely requesting a specific brand, when they purchased their tobacco from the local grocer, or possibly from a traveling peddler.

Union and Confederate armies regularly traded tobacco for coffee and other goods throughout the Civil War, also without much preference for brand. The Bull Durham brand, though, grew out of an incident in Durham, North Carolina that occurred at the close of the war. Soldiers from both sides raided a farmer's tobacco crop as they waited for a surrender to be completed. After returning home, these same soldiers wrote back asking for more of this tobacco. The farmer, Mr. John Green, happily obliged; the tobacco was named Bull Durham in 1868 and later became the largest selling tobacco brand in the world. 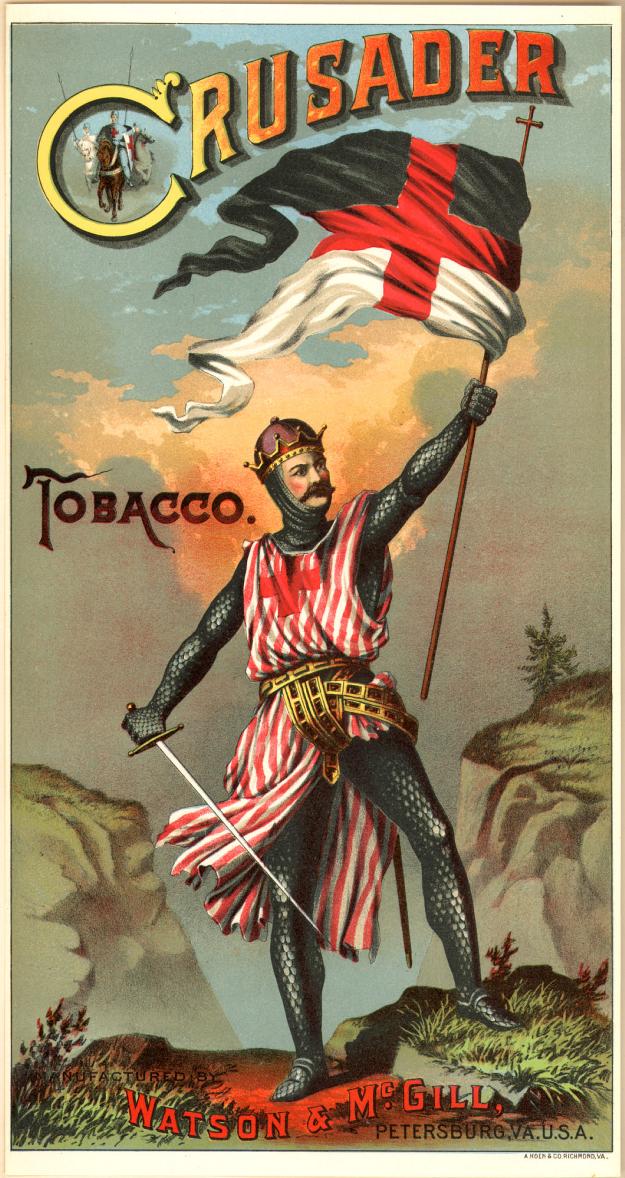 After the Civil War, there was an increased demand for not only Bull Durham tobacco but for  tobacco products in general. Cigarettes became popular in the middle of the century;  however, since they, too, were hand-made, tobacco companies were limited in the amount  that could be made and sold. The need for a cigarette-making machine became apparent,  and in the 1870s, the Allen & Ginter company offered a cash prize to anyone who could  come up with a viable cigarette-rolling machine. James Bonsack answered the call and  patented his machine in 1881. Because it was not completely reliable, all but one of the  large tobacco manufacturers declined to buy the machine. James Buchanan Duke, of W.  Duke & Sons in Durham, took a chance on Bonsack's cigarette-making machine. By the late  1880s, the Duke Company was producing 4 million cigarettes daily. Contrast this with the  daily output of 42,000 cigarettes by the Kimball tobacco factory in 1876.

The tobacco companies used trade cards (similar to business cards), tin tags and posters to  advertise their products. Color lithography developed in the late 1870s, and businesses  could now promote themselves with a variety of attractive colorful images, some having  nothing at all to do with any of their products.

Taking advantage of the development of color, James B. Duke revealed his marketing talent  with the creation of a whole new way of advertising tobacco and cigarettes. With each pack  of cigarettes, a small cardboard insert was added to stiffen the box. Duke employed a little  imagination and turned these simple work-horses into a powerful marketing tool by printing  the brand name of the cigarettes along with a picture that was part of a larger series and which was meant to be collected. Series of birds, flags, Civil War generals, and baseball players were employed, frequently with historical or educational information on them. Photographs of "actresses" - women placed in a variety of poses and often rather revealing costumes for the time - also were used on the insert cards and exceeded all expectations in their popularity among the public. (A transcript of the letter from James B. Duke's father expressing his concerns about the use of actresses in advertising is available.)

Hundreds of these insert cards, along with posters, trade cards and other tobacco advertising items, are found on-line in this project. They are organized by the name of the tobacco company and then by the product advertised. The items seen on-line have been taken from three collections here at Duke: the W. Duke, Sons & Co. Papers, the Richard Harvey Wright Papers, and the Tobacco Collection. All illustrate the growth of tobacco and advertising from the late nineteenth to the early twentieth centuries.

Research and text by Lynn Pritcher