This category consists of books and pamphlets created by advertising agencies to promote the concept and methods of the new advertising industry. The database incorporates among other information the names of companies whose advertisements are included in each book. The Title Page and Table of Contents or Index have been transcribed for each book, and are searchable. The books in this category are listed by title, and can also be accessed by author name. 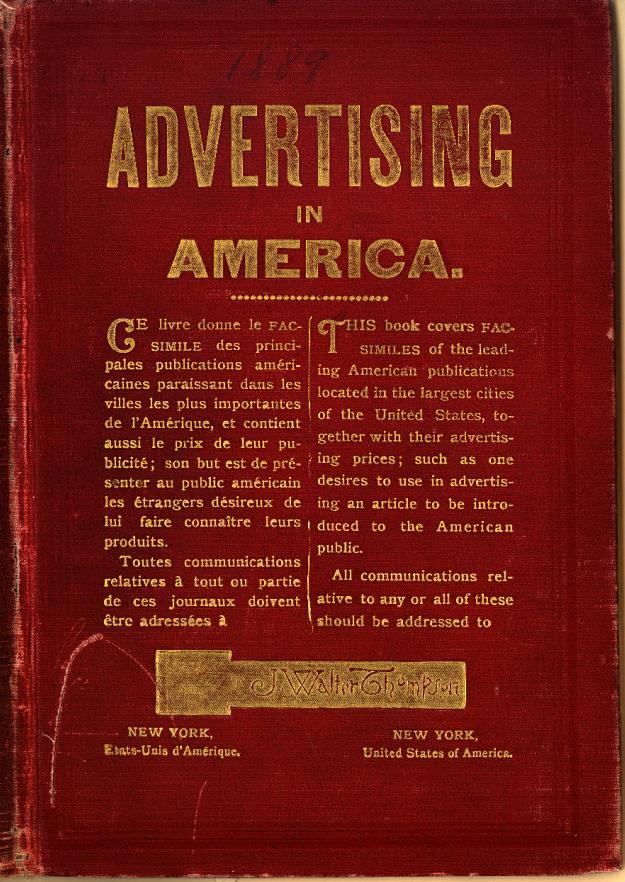 As any profession or trade becomes organized, experts will emerge to create an authoritative literature for that field. Such authors of books and articles will bring together the knowledge they have gained from experience and put it in print for the benefit of others. This process happened in the advertising field beginning in the late 19th century.

The first advertising agency in America was set up by Volney Palmer in Philadelphia in 1841. For the next several decades the work of agencies was to broker space for advertisers in newspapers. It was not until the 1870s and 1880s that agencies began to resemble the "full service" operations that became the standard in the 20th century. Full service agencies may provide, for example, consultation on marketing problems, product naming, package design, advertisement design and production, and research, as well as purchasing media space or time to get the advertising message out to the public.

In the United States, George P. Rowell was one of the first active writers of books specifically for the advertising industry. Rowell, from New Hampshire, opened an agency in 1865 in Boston. His agency began annual production of The American Newspaper Directory in 1869. This publication was the first effort to compile useful circulation figures for the 5,000 newspapers in the U.S. and Canada - an essential tool for advertisers in gauging the audience for their ads. In 1870 Rowell published The Men Who Advertise: An Account of Successful Advertisers, Together with Hints on the Methods of Advertising [excerpts are part of this project]. Another early manual was put out by the Philadelphia agency N.W. Ayer & Son; entitled The Science of Advertising: A Manual for Advertisers, it appeared in 1874.

Only a few other American books seem to have been published on the "how to" of advertising until the 1880s. In that decade, several types of publications began to appear: pamphlets or books that promoted the services of individual agencies; instructional books on how to do the work of advertising; and professional journals. Among the journals, one of the earliest and most successful was Printers' Ink, founded in 1888 by the ubiquitous George P. Rowell. The early promotional books, well exemplified by the "Blue Books" of the J.Walter Thompson Company [several examples are part of this project] sometimes combined information on the importance of advertising with samples of the agency's work, photos of their offices, and sometimes media information (e.g. newspaper or magazine circulation and rate information). Thompson also started very early to publish promotional books targeted to specific markets; The Red Ear of 1887 [excerpted in this project] listed agricultural papers that would be the appropriate medium for advertisers of farm products. 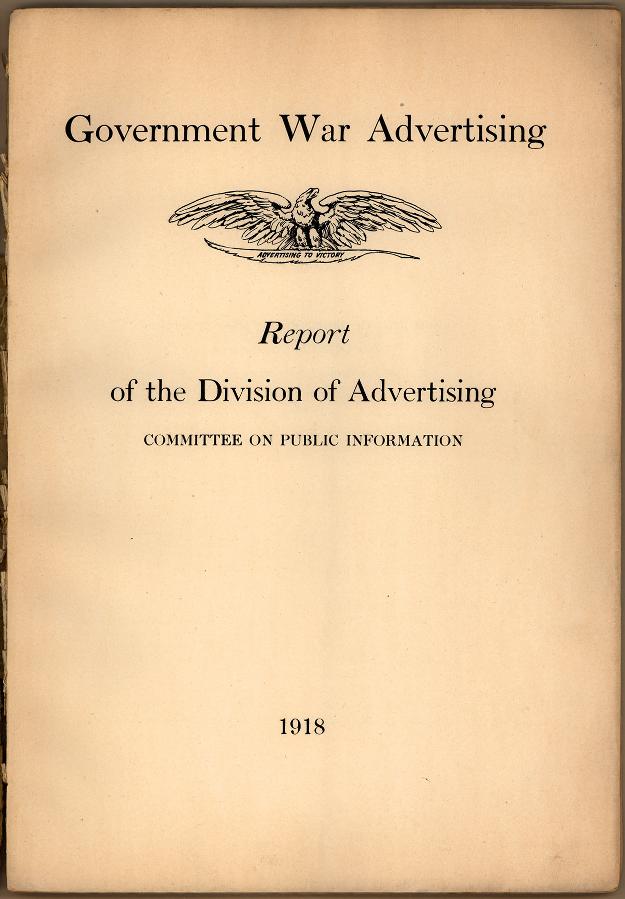 A few instructional texts on advertising appeared in the 1880s and 1890s, but the genre mushroomed especially after 1900. Publishers produced both numerous generalized texts and increasing numbers of quite specialized ones, e.g. on direct marketing,on sign painting, on copywriting, on advertising psychology, on shop window display, etc. Later, books on advertising research, the economics of advertising, media analysis, advertising for specific industries, and advertising regulation were among topics to join the ever-growing list.

As early as 1905, the same George P. Rowell was able to look back on a career that had spanned four decades. His Forty Years an Advertising Agent, 1865-1905 was perhaps the first in what became a long and continuing string of memoirs by the men and women in the field.

As in any other field, the literature of advertising includes some fine and insightful works. Owing to the nature of the field, it is not surprising that there also are some handsomely illustrated volumes. Regardless of the quality of individual titles, works from certain eras reflect the state of the profession at the time, the topics of interest or concern, the standards for art and copy, and the way the knowledge of one generation was passed on to the next.

Nearly half the items represented on this web site are drawn from the Archives of the J. Walter Thompson Company (22 items) and the rest from among the thousands of printed books about advertising that are part of the Hartman Center's collections. The large number of JWT items allows a fairly in-depth view of that agency's early philosophy from 1887 to 1912; the books are complemented by the JWT "house advertisements" that also are part of this project.

The non-JWT selections include works by noted advertising men such as Ernest Elmo Calkins and Roy Durstine. There also are promotional books for other advertising agencies. Several publications that illustrate the outdoor advertising industry also are present.

Selections were made according to several factors: copyright date (nearly all the items are in the public domain), the importance and variety of topics, and illustrations. Please note that, except for very short books or pamphlets, only selected pages from each title have been scanned and included on this site. The fifty books included here are not necessarily the "best" or the "most important" books on aspects of advertising published before 1925; rather, they are a representative sample of the monographic literature of the emerging profession.

Fox, Stephen. The Mirror Makers: A History of American Advertising and Its Creators. New York: Morrow, 1984.