Advertising cookbooks are a means for food companies and appliance manufacturers to promote use of their products by providing recipes and home hints. Whereas early examples often are simple and printed in black and white, later booklets increasingly were attractively printed with color art or photographs. Advertising cookbooks provide information about American foodways, kitchen technology, gender roles in the household, and much more. The Title Page and Table of Contents or Index for each cookbook have been transcribed and are searchable. 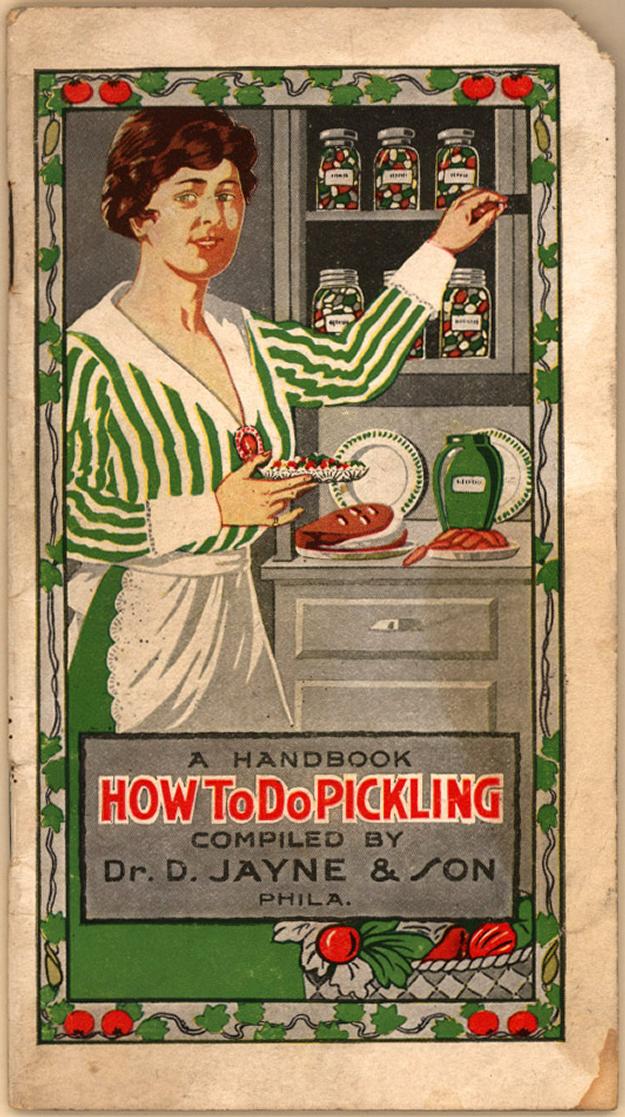 In the middle of the 19th century most American women still cooked with ingredients from their own farm or garden. They purchased in bulk from local grocers or butchers what could not be grown or made at home. With the progress of the Industrial Revolution in the late 19th century, a number of factors came together to begin to change American foodways. Rapid advances in technology made it possible to mass-produce more food products and to create time-saving prepared foods sold in individual, labeled packages. Transportation developments, especially the spread of railroads after the Civil War, made it possible to transport foods beyond local markets to national ones. It became possible to consolidate production in large factories to reduce costs and gain market share. Improvements and economies in printing, as well as low postage rates, began to make magazines available to vastly greater numbers of readers. Increasingly these magazines were supported by pages of advertising for the emerging brandedproducts. As mass production meant the broad availability of such indistinguishable products as gelatin and salt and flour, branding became the means to tell one manufacturer's output from another's. Advertising played an increasing role in the success or failure of individual brands.

The growing number of women's magazines, such as the Ladies Home Journal and The Homemaker, made more and more national advertising available to middle and upper class women. Publishers were aiming especially at the white, married woman with children at home: women who had the means to buy packaged goods. Full-page advertisements, increasingly appearing in attractive full color after the 1910s, introduced the avalanche of new food products to women and reinforced the primacy of brands like Jell-O that already were rising to market dominance. Poor women, rural women, and immigrants were less likely to have access to these magazines, nor were they the intended audience. Many did not initially read English or were not affluent enough to purchase modern kitchen appliances or the more expensive packaged foods. They also brought their traditional dishes and ingredients, which did not harmonize well with the relatively bland, mostly British-influenced, mainstream American diet.

By the 1880s manufacturers had begun to extend the reach of their advertising message by the device of offering little booklets filled with recipes by mail, either for free or at a very modest cost. The earliest booklets tended to be simply printed in black and white, with illustrations (if any) mainly on the covers. Over time, as advertising methods became more sophisticated and color printing more affordable, the booklets, too, became more elaborate and more colorful.

From the outset, advertising cookbooks served several purposes. They reinforced the message found in one-page magazine advertisements for foods, kitchen appliances, or cookware by providing more extended company and product information. They further imprinted brand names in the mind of the consumer. They provided instruction in the use of new or unfamiliar foods or appliances. They 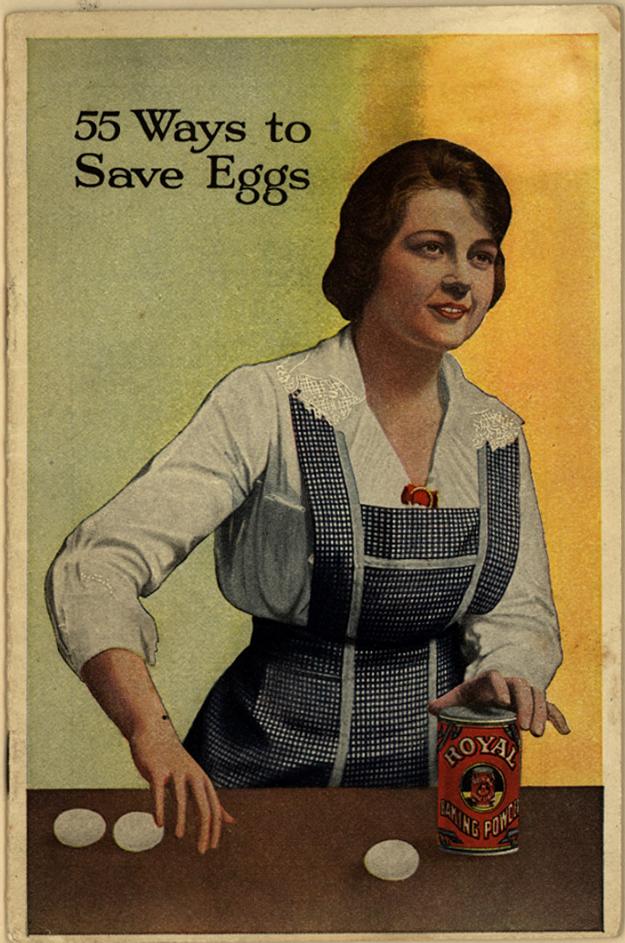 provided detailed, standardized recipes, encouraging the use of a brand-name product by putting its name in bold type or upper case: "1/4 teaspoon ROYAL BAKING POWDER." Some cookbooks went beyond cookery to offer tips for meal planning, etiquette, table decor, nutrition, or general household hints. Some began to use spokespersons, usually female, perhaps a credentialed home economist or possibly an imaginary, symbolic person such as Betty Crocker. These spokeswomen gave a weight of authority to the message. They also provided a bit of "personalized" encouragement to women facing an increasingly industrial, corporate world. Some cookbooks that promoted one product showed pictures of a manufacturer's entire line, thus further reinforcing brand recognition and hoping to cement brand loyalty.

The Federal Pure Food and Drug Act of 1906, by insisting on accurate labeling of package contents, helped larger food manufacturers consolidate their market share. The law gave them impetus to emphasize the purity and safety of their products, to the disadvantage of smaller competitors who sometimes used cheaper ingredients, extenders, or adulterants to try to stay competitive. Thus one sees a frequent emphasis on health and product purity in booklets of the first 15 years of the 20th century. World War I saw a turn to themes of conservation and economy in advertising booklets. With the affluence of the 1920s, advertisers' messages tended to offer more fancy foods and entertaining ideas, until the Depression of the 1930s moved the tone back toward economy and nutrition.

Advertising cookbooks, which continue to be widely and handsomely produced today by many manufacturers, were printed early in the 20th century in quantities much greater than the press runs for regular cookbooks. The booklets were distributed across the nation by the hundreds of thousands, even by the millions in some cases. Being much less expensive than hardback books, as well as attractive and handy to use, they played a role in shaping, changing, and modernizing the American kitchen.

Shapiro, Laura. Perfection Salad: Women and Cooking at the Turn of the Century. New York: Farrar, Straus, and Giroux, 1986.