Broadsides advertised commercial products and services, and were printed for placement on walls, sides of buildings, fences, etc. Medical products, buggies, and raising money for the Washington Monument all have advertisements in this section. The broadsides are organized by subject. 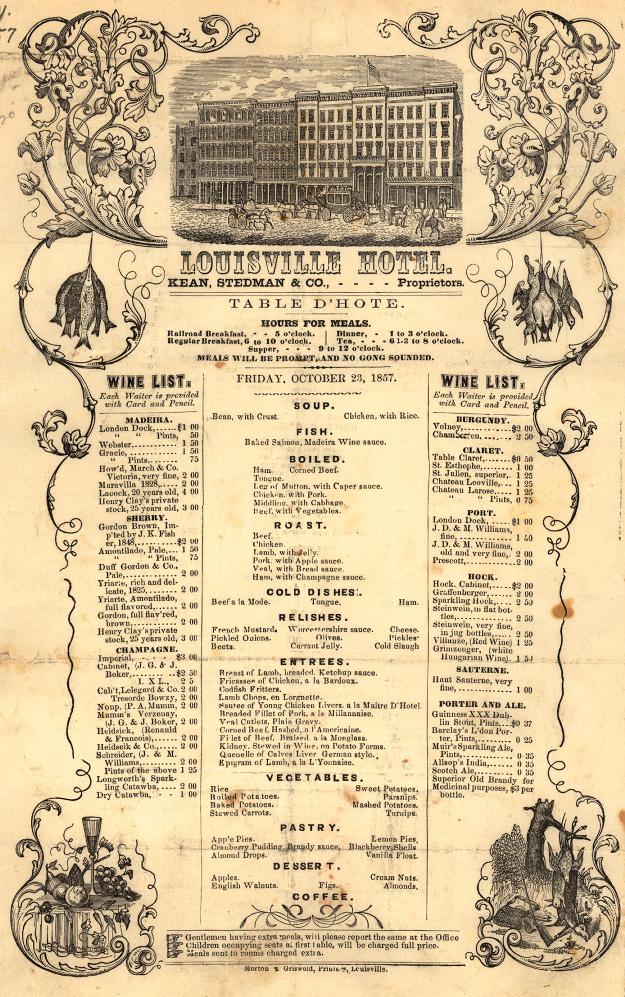 A broadside, also called a "broadsheet," is "a sheet of paper printed on one side only, forming one large page." (Oxford English Dictionary). Uses of the word date from the 16th century. In size most broadsides ranged from approximately 13" x 16" ("foolscap" size) to over 5 feet in length. Most often they were printed in black ink, though later ones sometimes used two colors. Early broadsides rarely contained any illustrations, though some had decorative borders. Later ones sometimes employed a "stock" illustration from a wood or copper engraving that represented a product or service in general. Later still, carefully detailed engraved illustrations of specific stores, factories, or products graced some broadsides. Wide varieties of type faces were used in different eras and by different printers.

Broadsides were posted prominently where they would be seen by many people. They served a role of spreading information, especially before newspapers and other mass media became affordable and widely available. Broadsides definitely fit the definition of "ephemeral" items: they were meant to serve their informational purpose and then be discarded. Today, because of their intended temporary use, most historic broadsides are extremely scarce, often with only one or a handful of copies of any example surviving.

Broadsides had been used in Europe since the early days of moveable type to make announcements, to promote sales of merchandise, and to publicize news and political events. American ones appeared by the middle of the 17th century, once a printing industry began to be established in the colonies.

After the American Civil War, with advances in printing technologies and color lithography, as well as the increased competition among brand-named products, many advertising signs that were displayed outdoors began to become larger and more colorful than the one- or two-color small broadside. Broadsides still served a purpose for local advertisers, being cheap to design and print and appropriate to reach prospective consumers in limited geographic areas. But the larger, more colorful "posters" and "billboards" began to overshadow them for advertising purposes before 1900.

Items in this section of the website have been drawn from a collection in Duke University's David M. Rubenstein Rare Book & Manuscript Library that long ago was named the Broadside Collection. In fact, that name is a partial misnomer, because a number of the items in the collection are not true broadsides. Some are "handbills," typically smaller than true broadsides, printed on both sides and intended to be handed out rather than posted; some are leaflets or booklets that were folded from a single sheet of paper. The collection served as a convenient home for a number of individual, miscellaneous printed items that did not fit into other categories in the Library, but the collection name remains. Researchers also may wish to look at the Advertising Ephemera section of this project to view related items.

The Broadside Collection contains a wide variety of announcements from many sections of the U.S., though the greatest number are from Southeastern states. The items in this project are strictly advertising items (whether or not they are precisely "broadsides"). Poems, ballads, and political, military, and social announcements, for example, have not been included. Even of the advertising "broadsides" that exist in the Duke collection, this project shows only a sampling, mainly those of the greatest visual or topical interest and readability.

Margolin, Victor. The Promise and the Product. New York: Macmillan, 1979.