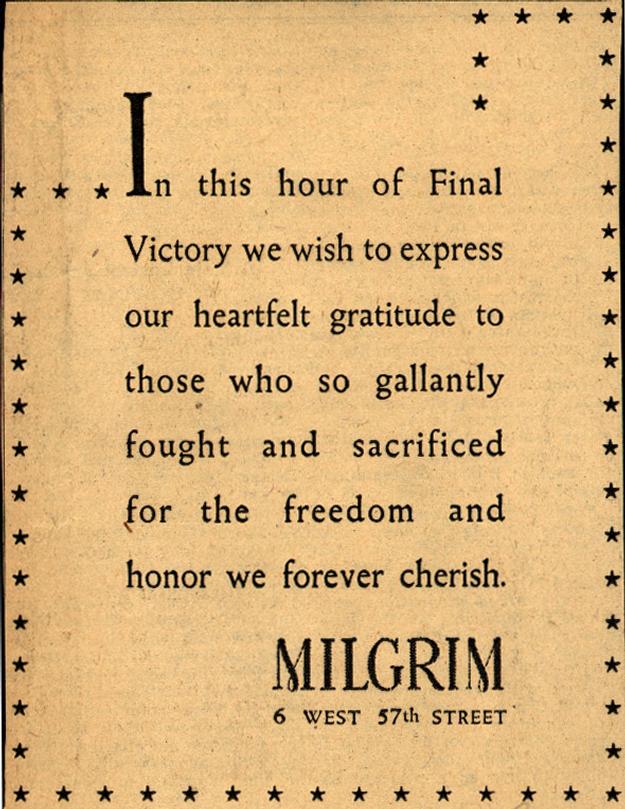 With the end of the war came changes on the home-front. In many ways, life returned to normal, but post-war advertising reminded Americans that life would never be the same. Thousands had died for their country, and many more were permanently scarred physically or emotionally. Savoring the thrill of victory, many corporations paid homage to those who had served America during the war, thanking those who had willingly risked their lives overseas or who had done their part at home.

Riding the wave of patriotism, the government asked Americans to ensure the economy would also prove victorious by not cashing in war bonds. Although for Americans the initial excitement and joy would pass, the future held great potential for peace and prosperity - a reward for the war-time sacrifices made by so many.

Click the link below to browse advertisements related to post-war topics: