Brief History of the Radio Industry 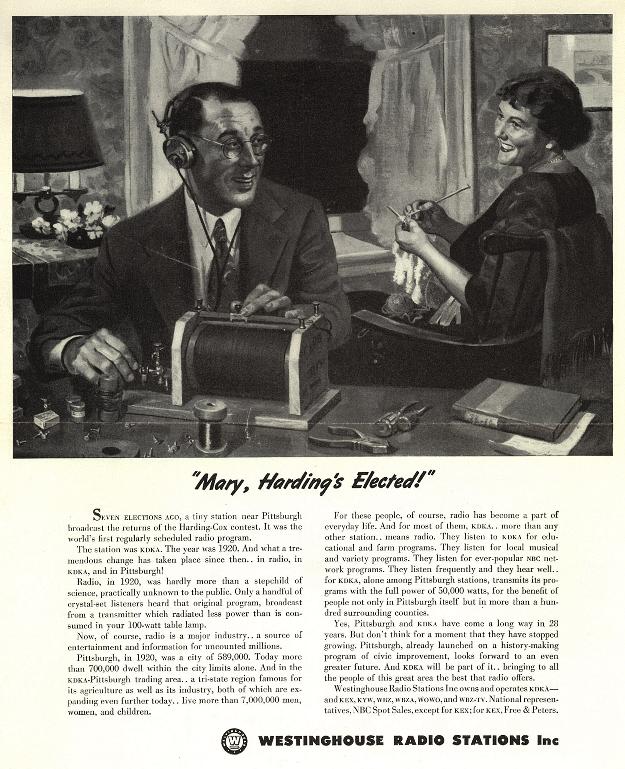 KDKA in Pittsburgh was one of the first radio station in the United States, broadcasting the winner of the Harding - Cox presidential election in 1920 [under the call letters 8ZZ]. By 1922 there were over 500 licensed stations operating in America, but less than 2 million homes equipped with radios. The 1920s and '30s saw an increased emphasis on the improvement of radio technology, moving away from the head sets and wet/dry battery power to include speakers, AC power and with the radio enclosed in a cabinet. Stations worked to develop increases in frequency distance, strength and power as well as experimenting with ways to lower the prevalence of unwanted background sounds and static.

The concept of creating networks, where stations would form chains to simultaneously broadcast programs, was created during the mid-1920s. In 1926, the National Broadcasting Company (NBC) was formed under the auspices of its parent company, Radio Corporation of America (RCA), with two networks of 24 stations. By 1928, a third network was introduced, Columbia Broadcasting Systems (CBS) with 16 stations.

The Depression had a major impact on the number of radio listeners. The cost of radios became more affordable with the sale of table-top models, and the radio provided free entertainment in a period of economic hardship. Programming had become more developed, and news, dramas and comedy were becoming standards on all the stations. By 1939 there were 1,465 stations in the United States and four networks. At the start of the 1940s, the number of households owning a radio had more than doubled. 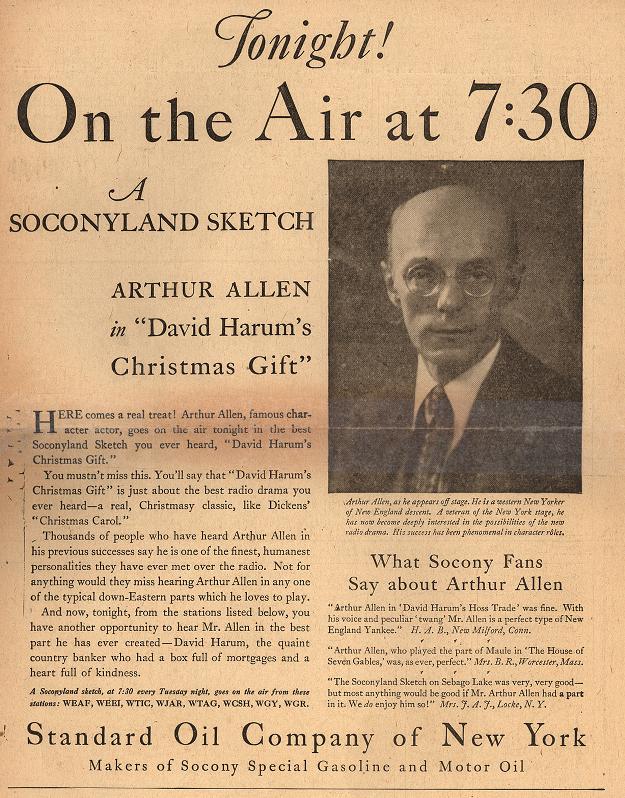 Government involvement in the radio industry began with the formation of the Federal Communications Commission (FCC) in 1934. The FCC was given the power to grant licenses and enforce legislation relating to ownership practices, radio frequencies, and broadcast programming restrictions. The FCC regulated power usage by radio stations during World War II and prevented the establishment of new stations during that time.

By the end of WWII, 95% of all homes had radios, but by the early 1950s television already had begun to erode its popularity. Radio stations began to shift their programming focus from news and story segments to mostly music. The introduction of the transistor radio was able to positively impact radio growth in the face of the threat of television by allowing for the production of cheap, portable radios that could be used in cars or outdoors.

The growth of rock and roll as a popular music form, as well as access to transistor radios by youth, helped stations to flourish in the 1950s and 1960s. The 1970s and '80s saw the increasing popularity of FM stations because of better sound quality and innovative music programming. With FM's success, AM stations focused more on talk and news radio, and saw a continuing decline in listenership. 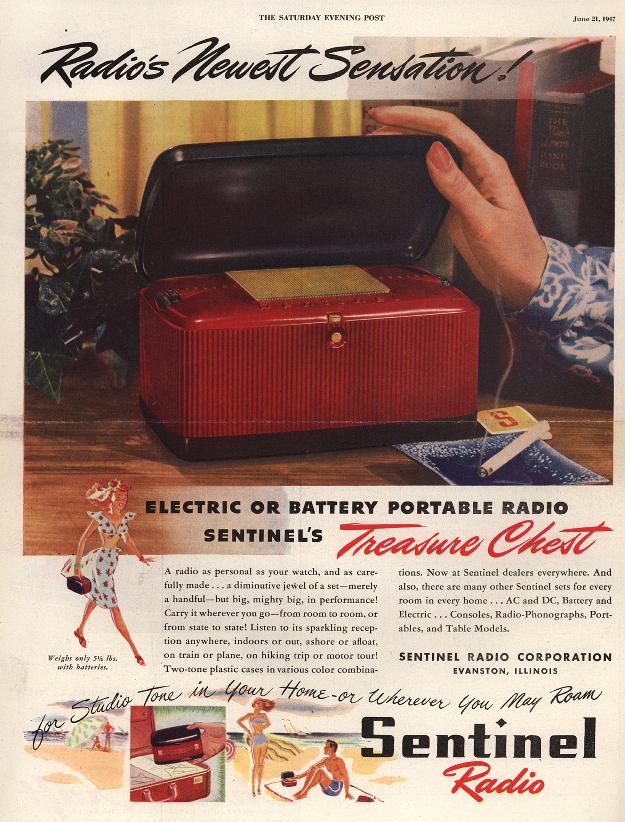 Advertisements for radios, radio parts, and radio programs are included in this category. Also included are a small number of miscellaneous electronic products, such as hearing aids, telephones, etc. originally included in the Radio category Pre-1955 Competitive Ads File (997 ads).