Brief History of Beauty and Hygiene 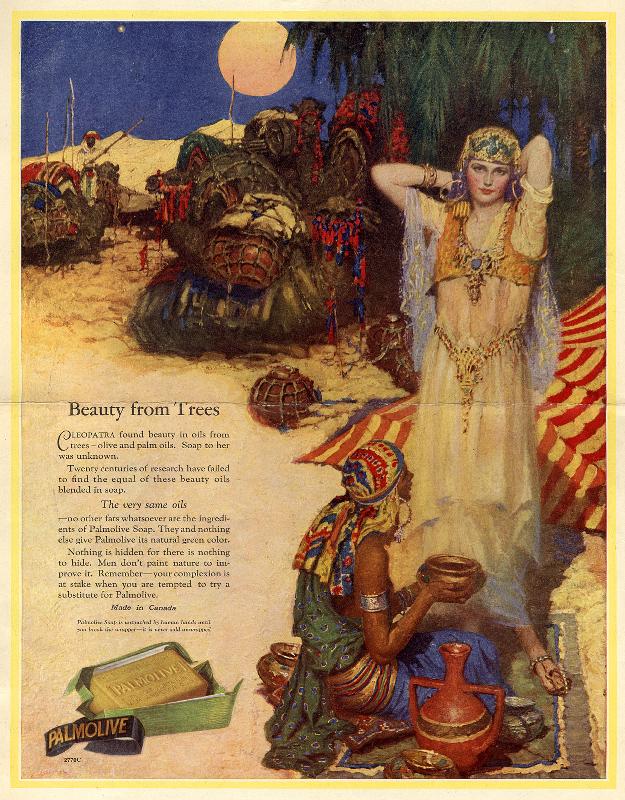 The alteration of appearance through the use of cosmetics has been in practice for thousands of years. Oils and fragrances have been used for ceremonies and religious rites for just as long. In Ancient Egypt aristocrats applied minerals to their faces to provide color and definition of features. The Greeks were also known to paint their faces and the Romans used oil-based perfumes in baths and fountains, and even applied them to their weapons.The Roman Lucian is noted to have talked about women and cosmetics his time, referring to their polishing their teeth and eyebrows.

This time, referring to their polishing their teeth and eyebrows. Alcohol-based perfumes were developed in the Middle East and were brought to Europe by the Crusaders in the thirteenth century. The art of creating new fragrances by blending ingredients was developed in France in the seventeenth century. Natural perfumes were made from ingredients like flowers, roots, fruits, rinds or barks, or any other naturally occurring aroma containing product. This was an incredibly labor intensive process that required enormous amounts of natural ingredients to produce small quantities of fragrance. In the nineteenth century chemical processes were developed to replace the natural methods.

For many centuries, and into the nineteenth, a whitening agent for the face was used and composed of carbonate, hydroxide, and lead oxide. These agents, cumulatively stored in the body with each use, were responsible for numerous physical problems and resulted in some cases in muscle paralysis or death. By the nineteenth century zinc oxide became widely used as a facial powder, replacing this more deadly mixture. Other poisonous substances were used in eyeshadow (lead and antimony sulfide), lip reddeners (mercuric sulfide), and to make one's eyes sparkle (belladonna, or deadly nightshade).

Antiperspirants and deodorants first appeared in the 1890s with aluminum chloride as the active ingredient. Aluminum chlorohydrate was substituted in the 1940s, after complaints of skin irritation, and it continues to be used today.

The commercial cosmetics industry saw its earliest substantial growth in the beginning of the 20th century. Through published information, women were informed during the four decades between the 1910s and 1950s that exercise, diet, and the proper use of cosmetics and hair products could make them more attractive. This use of beauty aids, though not a new concept in many circles, had long been associated with women of suspect morals. Perhaps one of the most influential events on the cosmetics industry was the advent of the cinema, and later, the introduction of color films. Theda Bara, an early actress, caused a sensation when she appeared on the screen heavily adorned by the cosmetics of Helena Rubinstein. Rubinstein developed mascara, as well as the concept of colored powder. She borrowed the idea of color-shaded eyes from the French stage and accentuated mouths by reddening them. Max Factor, a Hollywood makeup artist, contributed to the cosmetic industry with a wide variety of products, including pancake make-up. These products were the result of developments in film technology, because technicolor movies and color television required adjustments in makeup to achieve the desired effects. 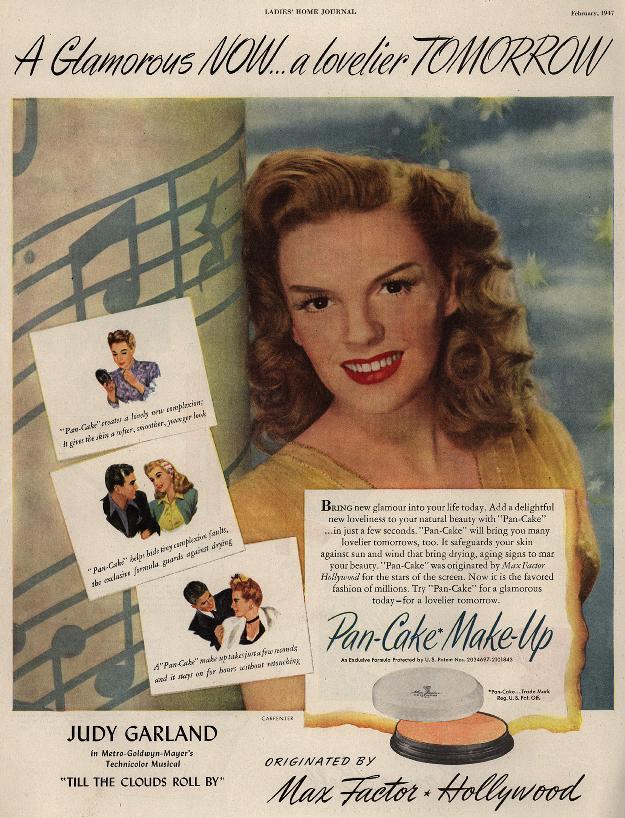 World War I had a significant impact on the reach of cosmetics. Due to the sudden absence of men in American society, women gained more independence in the late 1910s, both socially and financially. This enabled them to acquire a disposable income, which many working class women used to buy make-up. The emergence of the chain, or dime, store in the 1920s further solidified the mass appeal of cosmetics. In 1927, permanent waving as a chemical method was invented, easing the process to achieve the popular look of waved hair.

Hollywood also affected the perception of tanned skin, reversing the emphasis on whiteness that had been encouraged until that point. This ad, from 1929, markets a self-tanning liquid and powder "that beats the sun at his own game." The 1950s saw the increased marketing of skin tanning aids, following on the production of "leg make-up" during World War II, developed in response to the shortage of stockings during the war.

The ascension of television in the 1950s saw a transfer of the popular radio soap operas (programs whose sponsors were soap companies, such as Procter & Gamble) to television. Advertisements for cosmetics and hair products were prevalent. Lips and eyes were major points of emphasis for the cosmetics industry. The 1960s saw the growing popularity of both false eyelashes and "natural" cosmetic products. "Natural" products were those based on botanical ingredients like carrot juice and watermelon extract. In the 1970s certain ingredients were banned from use by the industry because of endangered species legislation that was passed as part of a growing environmental movement.

Today the American cosmetics and beauty aid industry totals over $20 billion in sales and is dominated by hair and skin care products that are heavily advertised in print and on television.

Angeloglou, Maggie. A History of Make-up. London: The Macmillan Company, 1970. 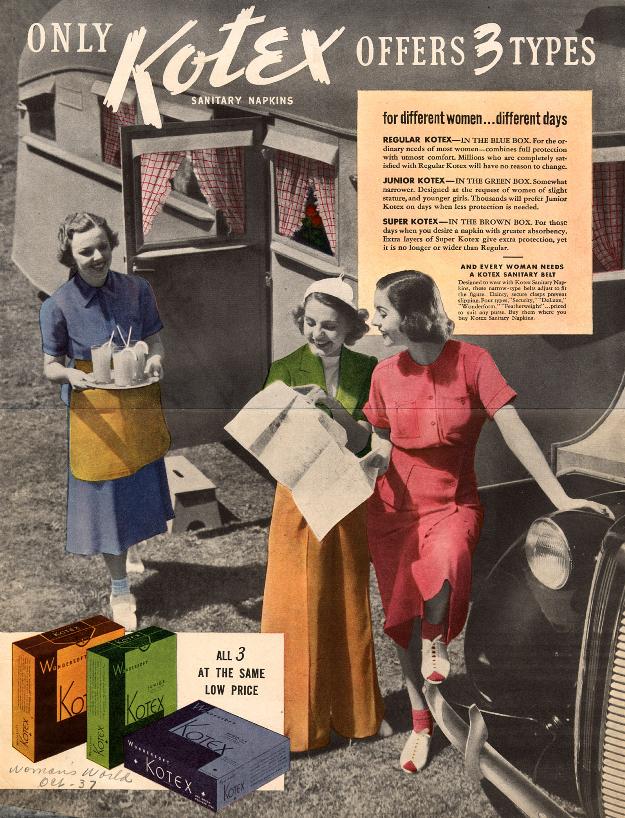 This category includes products (such as cosmetics, soaps, and shaving supplies) that were targeted for personal hygiene and enhancing one's attractiveness (2,391 ads).