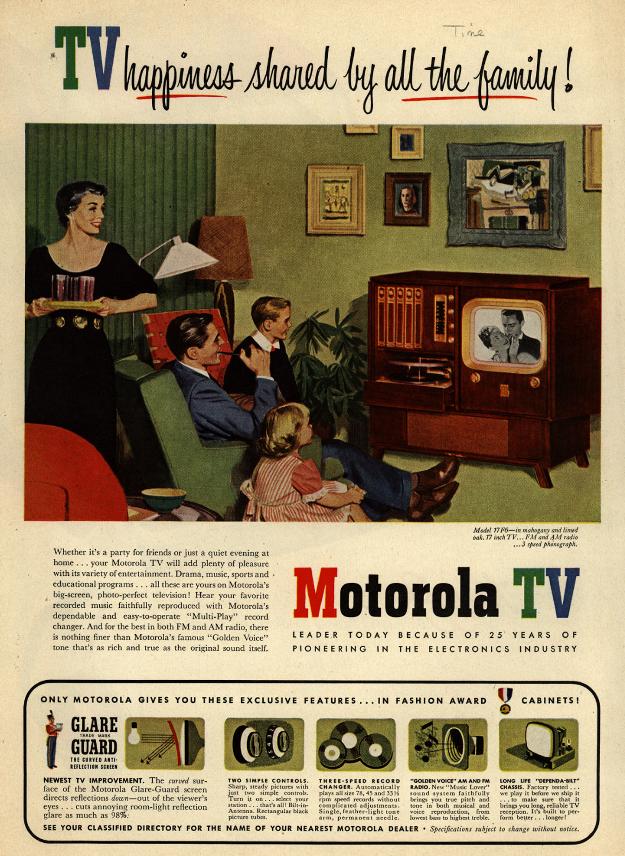 Television technology was actually first developed in the 19th century, before commercial radio was conceived of, when, in 1897, Ferdinand Braun invented the cathode ray tube. The first time the cathode ray tube was used to produce images was in 1907. The tube was an essential step in the invention of television, followed by Philo Farnsworth and Vladimir Zworykin's independent developments of the image dissector and iconoscope. By the end of the 1920s, the United States had a total of fifteen experimental stations for mechanical television. In 1929, Herbert Hoover, at the time the Secretary of Commerce, made an appearance on the mechanical television of AT&T. RCA, the pioneer in broadcast development, did broadcasting experiments in the early 1930s.

On the eve of World War II, RCA was pushing for its television standards to be accepted for production. In response, the National Television System Committee, created by the Federal Communications Commission (FCC) and composed of engineers, made recommendations for electronic television system standards. These were adopted in the spring of 1941. World War II delayed the commercial development of the television, although research and development targeted for the war effort resulted in the possibility of better products for consumers. At the close of World War II, there were less than 7,000 working television sets, and only nine stations on the air, in the entire country. The United States was the leader in television technology, primarily because advances were made directly before, during and after WWII, when America's major competitors in television development, Germany and England, halted their research programs.

The earliest television networks in the United States (NBC, CBS, ABC and DuMont) were actually part of the larger radio network systems, and many of the early television shows were simulcasts of popular radio shows. In 1951, ABC merged with United Paramount Theaters, gaining sizable financial resources with which to compete in a fierce television market. DuMontwas unable to survive and by 1956 was no longer viable, with ABC picking up many of DuMont's affiliate stations. Networks offered centralized sales, distribution and production services which lowered costs for individual affiliates. This system was geared towards generating advertising revenue as well, because advertisers were interested in the ability to reach nationwide audiences.

During the first five years of the 1950s, ownership of televisions skyrocketed, affecting other forms of entertainment available to the public. This time period witnessed, for example, the closing of many movie theaters, as motion pictures competed with television for consumer attention. 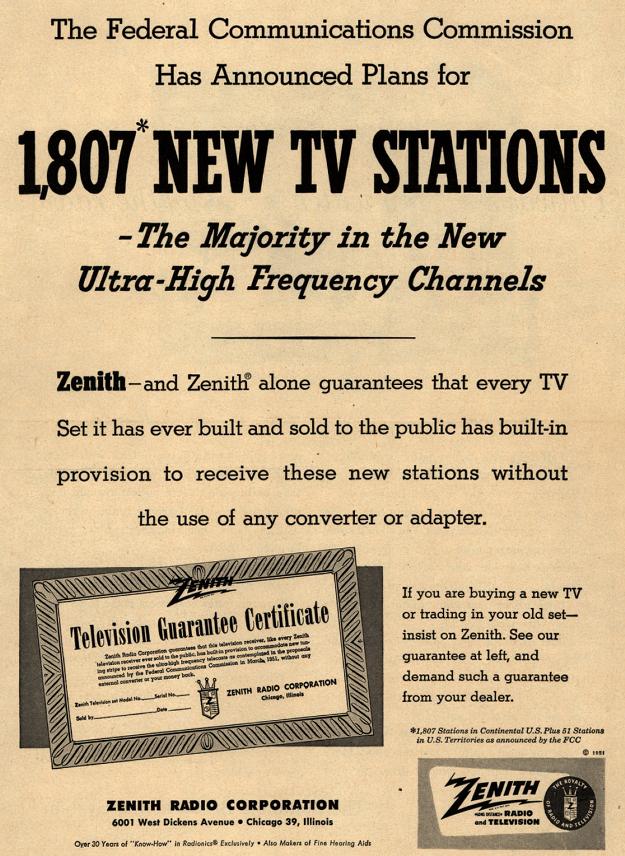 Ultrahigh Frequency (UHF) channels were unveiled in 1952, after a 1948 freeze on station licensing. The four years allowed engineers to work out the electronic and political complexities of these additional channels. 1962 was the first year that tuners for both UHF and the earlier Very High Frequency (VHF) stations were required by Congress, which allowed UHF stations to compete more effectively. Their position was furthered strengthened in the 1970s with the rise of interest in cable television.

In the early years of television, losses were common in the industry due to the high costs involved and the relatively low number of sets owned in the U.S.. Profits grew as the market expanded, though, and the size of the network market peaked in 1986. At that time, competition from cable TV, Pay Per View TV and VCRs began to heavily cut into market share. The big three broadcast networks had a 91% share of prime time audiences during the 1978/9 season. This dropped to 75% in the 1986/7 season, and further to 61% in 1993/4.

Cable TV was developed very early on and began to be used in the 1950s as a way to expand the reach of network television in areas that had problems receiving broadcast signals, prompted by the desire of businesses to sell televisions in their area. In the 1960s cable stations began to import alternative broadcasts into new markets, fragmenting network reach. The networks demanded FCC regulation of the industry and this regulation slowed growth until the 1970s, when cable TV saw phenomenal growth.

Research and Text by Lydia Boyd

Advertisements featuring television sets, as well as a few other miscellaneous electronics, are included in this category. An interesting feature of many of these ads is their promotion of individual television programs.