Several government agencies and armed service branches presented awards to corporations that achieved production or bond sales goals. Pennants that could be flown alongside the American flag and individual pins for employees were given to deserving corporations and served as the tangible sign of their public spirit. The bestowing of awards had several benefits for both parties. The promise of an award increased the likelihood that production goals and war materials needs would be met. Also, the private company and its employees were provided an objective that appealed to their patriotism, thereby increasing home-front morale. 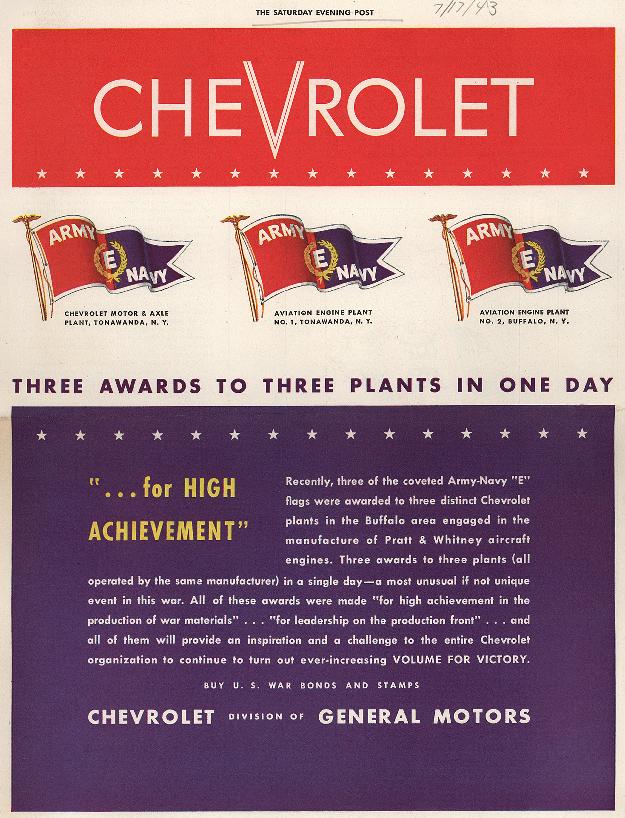 Corporations that had won awards then used them as proof of patriotism in advertisements to consumers.

Links below lead to an example of each award. To search for advertisements with specific awards noted, enter the name of the award in the space provided in the Search screen.