Zines at the Sallie Bingham Center 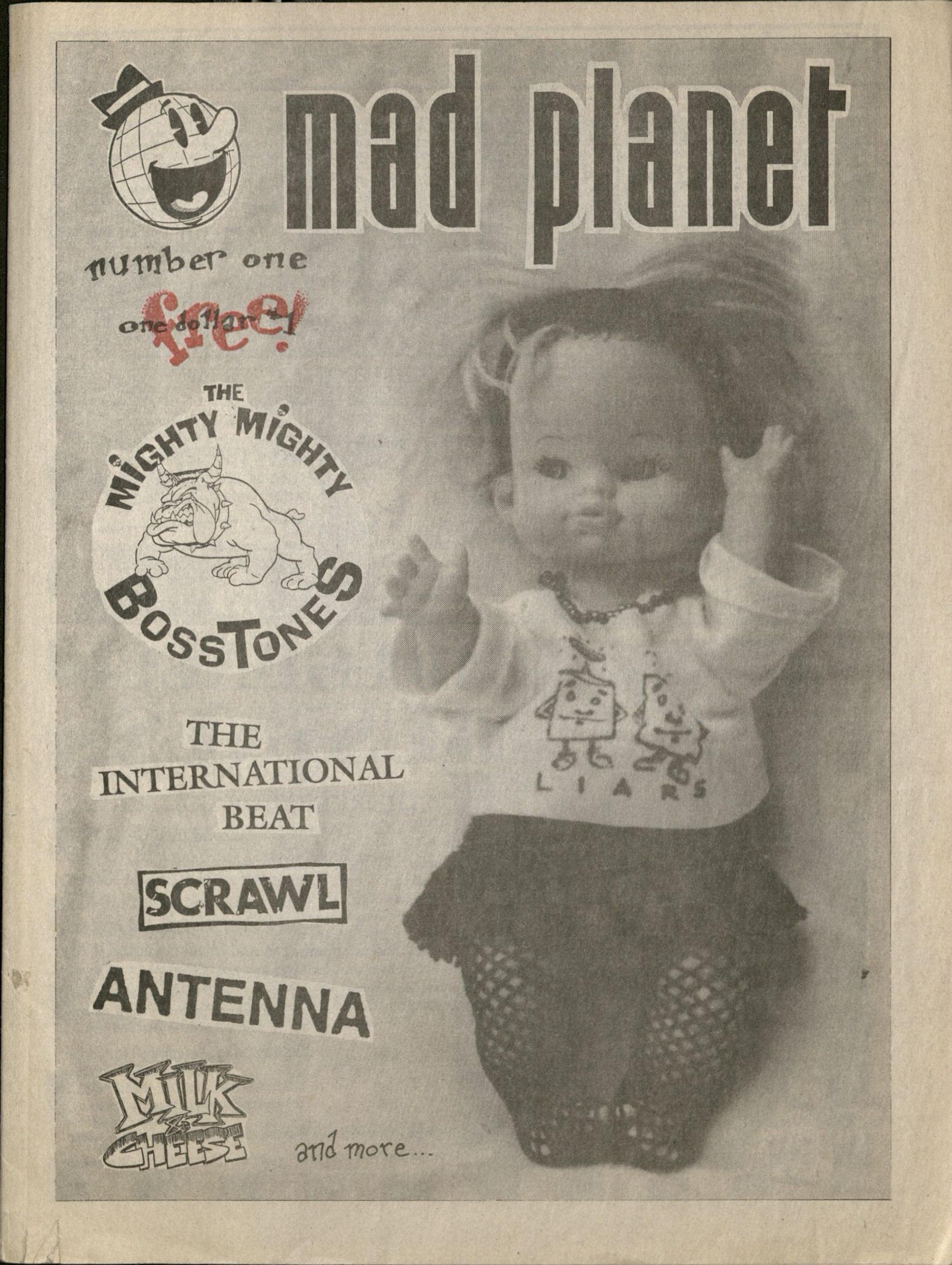 ​archives. If you have women's zines of your own — from a few issues of a zine you wrote to a large (or small!) collection you've amassed over the years — we'd love to add them to our holdings. A few male-authored zines may be found in larger collections, but our policy is to collect zines created by women, woman-identified people and non-binary individuals.

Our zines are housed in archival boxes and folders where they will be safe for generations to come, but the zines don't just sit on our shelves — they are frequently used by undergraduate students and faculty at Duke, researchers from across the country, and people who just want to spend an afternoon reading zines. If you are interested in donating your zines, please contact us.

Read Sarah Dyer's essay below about why she donated her zine collection to the Bingham Center.

Read more about donating materials to the Sallie Bingham Center for Women's History and Culture.

A Brief History of My Life In Zines

An essay by Sarah Dyer

My personal involvement with self-publishing goes back about as far as I can remember — my parents were always involved in student groups and church and so on; and I remember many newsletters, programs and such being mimeographed when I was very little. So I always thought that anyone could just type up something, copy it and hand it out. My first "DIY publication" in this form was the Christmas card my dad made from one of my drawings when I was about 3 or 4, copied onto colored paper and sent out. (A pretty standard craft today, but back then a little out there!)

But my first actual publication was the "family newspaper" I wrote and illustrated (with a comic even!) at the age of about 10. About all I remember from that venture was that the girl at the copy shop laughed when she read my comic — and that the circulation was probably about 5 or 6 copies. But it was a start!

Later on I saw punk and alternative zines in a local used record store and thought it was a really cool idea — eventually I ended up co-publishing a very small local zine called The Silhouette, and then co-published, co-wrote, and co-edited the well-known zine No Idea for several issues. The No Idea projects also included putting on shows, putting out records as well as publishing, and it was nearly a full-time occupation for myself and my co-conspirator Var Thelin, one of the original founders of No Idea and the only one still involved at that point.

As time went on and I became more and more active, I found myself becoming more and more frustrated as people we came in contact with continually dismissed my involvement. The peak of this was probably the show we put on with about 5 bands, during which members from every band continually thanked practically every male involved with the show, no matter how small the contribution, and my name was never mentioned. (However, I'd like to shout out to Ivy DuBois, the bass player for Sweet Baby at the time who noticed it happening and made a point of thanking me from thestage at the show they played the next night!)  Eventually, I decided that it was time for me to start my own zine, with no co-publisher, if I wanted people to believe that I actually had anything to say.

When I started my first solo publication, Mad Planet, there were very few women and girls involved in zine culture. The female voice was really lacking — on every front, not just on women's issues. I wanted to hear the female viewpoint as well as the male on all topics, and I began searching out that voice as much as I could, and started tracking down every zine or mini-comic by a girl that I found out about.

Unfortunately, there weren't many, and they were difficult to find — Factsheet 5 had shut down for a while, and virtually no-one was online yet in 1992. So I would just scour the classified ads and reviews in Maximum Rocknroll and Flipside, looking for things that sounded like they might have female involvement. I was also reading plenty of zines by guys at the time, by the way — I just wanted to raise the percentage of female zines I read to something over 1%!

That year, I went on a trip to London and in a comic shop found Erica Smith's comic-oriented zine, Girlfrenzy, which had content exclusively by women — and in their review section I found several US-based zines that I'd never heard of! I decided it was time to try and network all the girl zine and mini-comic creators I could find, and that fall I started the Action Girl Newsletter, which was my little Factsheet 5-style review sheet.

The first issue was just a handful of reviews and addresses — but that year saw the birth of the girl zine movement, fostered by both the Riot Grrrl movements and 3rd wave feminism, and a few months later, my mailbox was overflowing almost every day! Encouraged by what they were hearing about, whether it was in mainstream media or other zines,girls everywhere suddenly seemed inspired to start zines of all kinds, and I was reading and reviewing them as fast as I could!

How My Zines Made Their Way to North Carolina

After a few years, the girl zine "genre" was so well-established (and I was personally so exhausted and burnt out), I began to focus more and more on my comic anthology, Action Girl Comics. I still kept my hand in by doing reviews of minicomics and the occasional zine in the pages of AGC, but my personal involvement slowed down quite a bit.

I finally realized I was more or less retired from zine publishing, but I held on to every zine I'd ever received, as well as many older zines and women's comics that I'd bought, figuring that someday I'd figure out what to do with them. Knowing how small the circulation of many of them had been, I realized that I might possess copies of publications that could completely disappear from people's memories. I had them all stored safely in actual magazine storage boxes and just thought I'd think of a use for them someday.

Then, we had a flood in our basement. Thankfully, the zines were stored in an area that wasn't touched, but a lot of our things were water-damaged and I decided that if I really wanted to see these zines preserved, I needed to find a safer place for them. I began searching for libraries that I thought might want them, and came across the Sallie Bingham Center among a few others.

I was attracted to the Sallie Bingham Center the most because of the collections they already had — there was an emphasis on ephemera and one of a kind items like diaries that made me feel like they would know what to do with my zines. So at the end of 1999, I sent off a blind "hey, do you think you might want this stuff I have" email and got a resounding YES back right away! After a few exchanges, I felt sure that my zines would be respected and well treated there, and that it really might serve some useful purpose, so in 2000 I began shipping the archive box by box (something that continues to this day as I continue to unearth more zines and comics!)

A good 6-odd years later, the zine collection continues to grow, many other zine collections have also come to the Sallie Bingham Center to expand their holdings, and scholarship on girl zines has started to really flourish. I cannot think of a better result of my years of saving zines carefully!