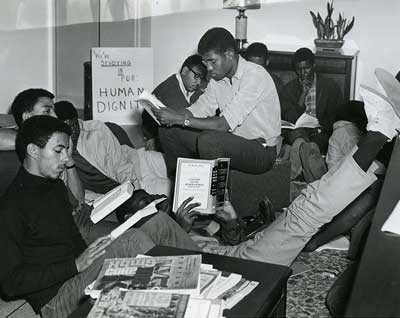 On November 13, 1967, African-American students organized the Allen Building Study-In to protest the use of segregated facilities, like country clubs, by Duke student organizations.

The Associated Students of Duke University (ASDU, precursor to today’s Duke Student Government) conducted a student-wide referendum in early November of that year on a proposed ban on the use of such facilities, but this motion was defeated. Frustrated with the lack of action by the student body and the administration, the students issued a statement and demands on November 10, and three days later entered President Douglas Knight’s office, staying for seven hours.

On November 17, just four days after the Study-In, Knight issued a statement in which he extended the existing policy to cover all student groups, in addition to faculty and staff groups.

The Allen Building Study-In: Getting Started