Resources on African History and Culture in the Rubenstein Library: Materials on Liberia 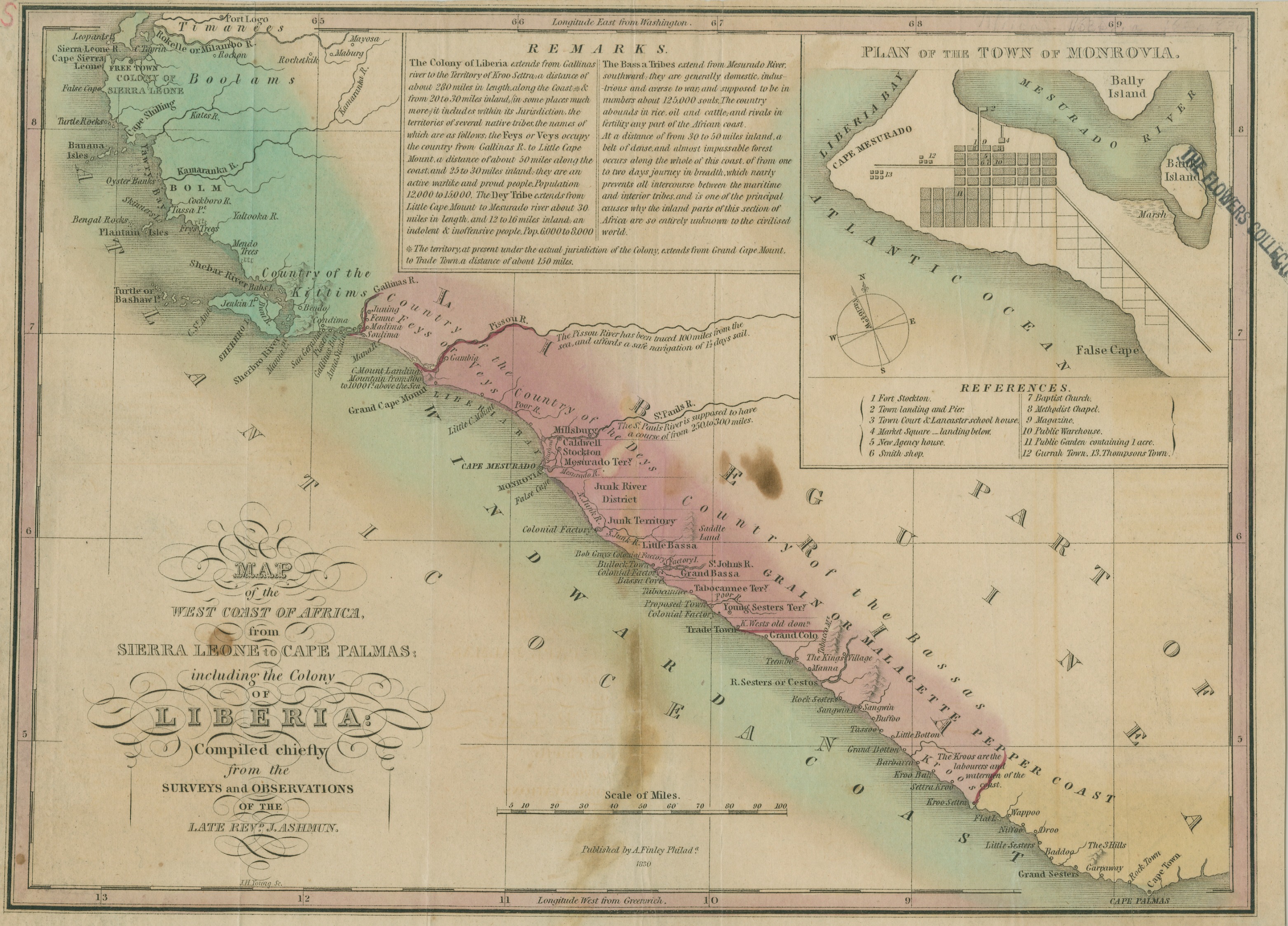 The Republic of Liberia was initially established in 1822 by the American Colonization Society as a settlement for freed slaves in America to migrate to Africa. Documentation of the country in the Rubenstein Library range from print and archival materials speak to a number of topics including: the experiences of these migrants in their move, interactions with indigenous Africans, slave trading, missionary efforts to spread the Christian faith, correspondences with former masters in America, and recruitment of others to return to their ancestral home. Resources after the period of slavery in the US also include print and archival resources, discuss the history of Libreria in the early twentieth century, the continuation of missionary work in the country, the impact of world war, and the onset of liberation movements in the mid 20th century.

Map - Ashmun, J. Map of the West Coast of Africa from Sierra Leone to Cape Palmas, including the Colony of Liberia, 1830. 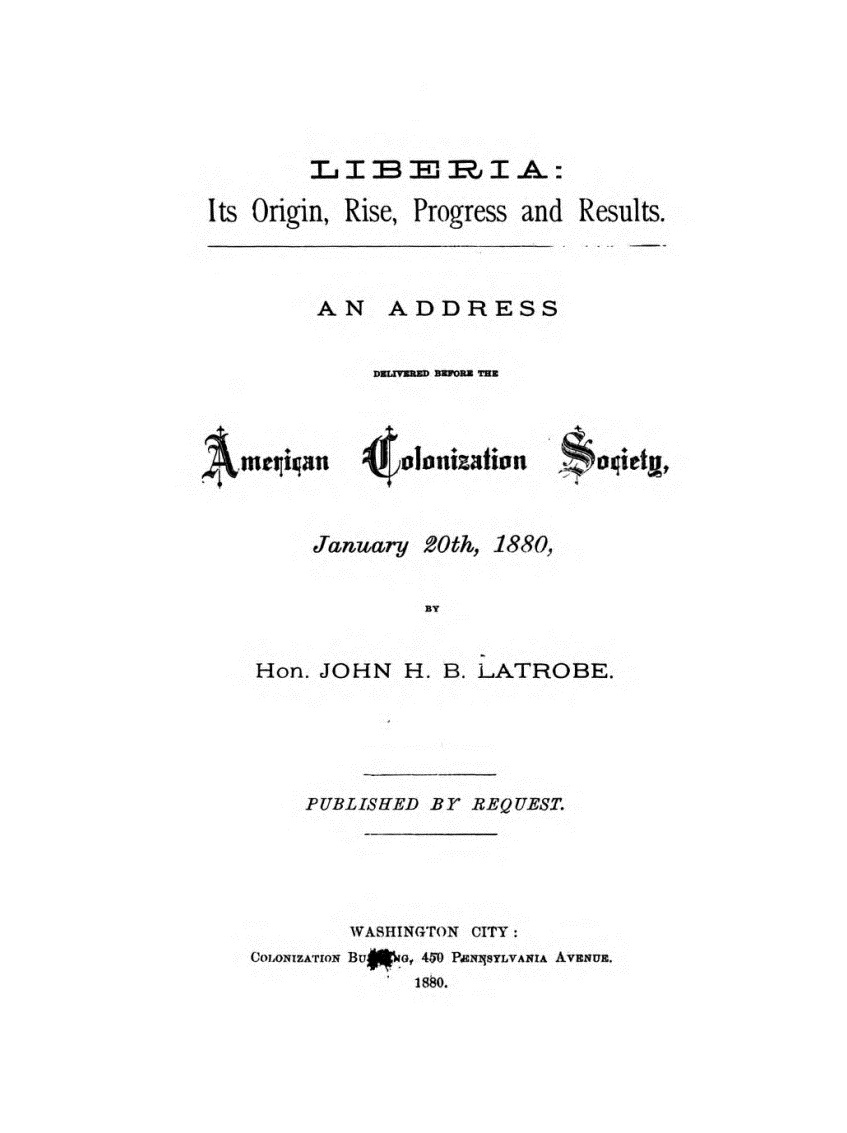 Liberia: Its Origin, Rise, Progress, and Results. An Address Delivered Before the American Colonization Society... 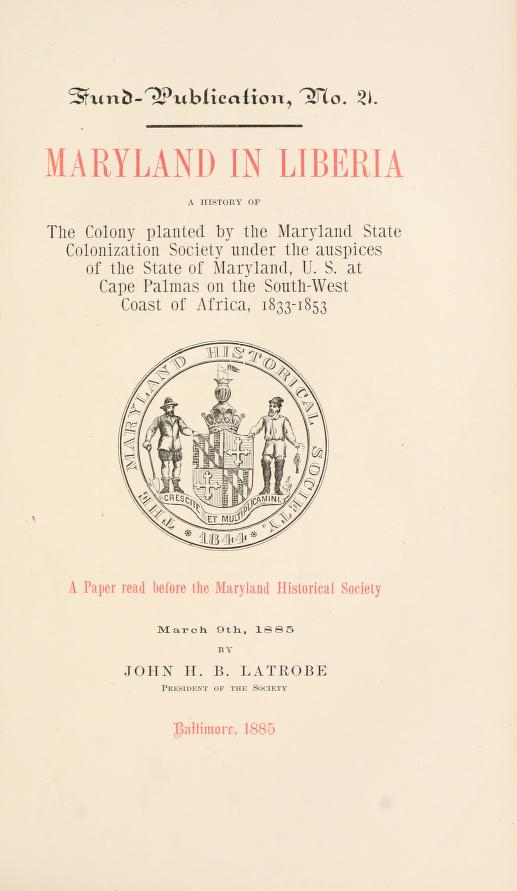 Maryland in Liberia: A History of the Colony Planted by the Maryland Colonization Society... 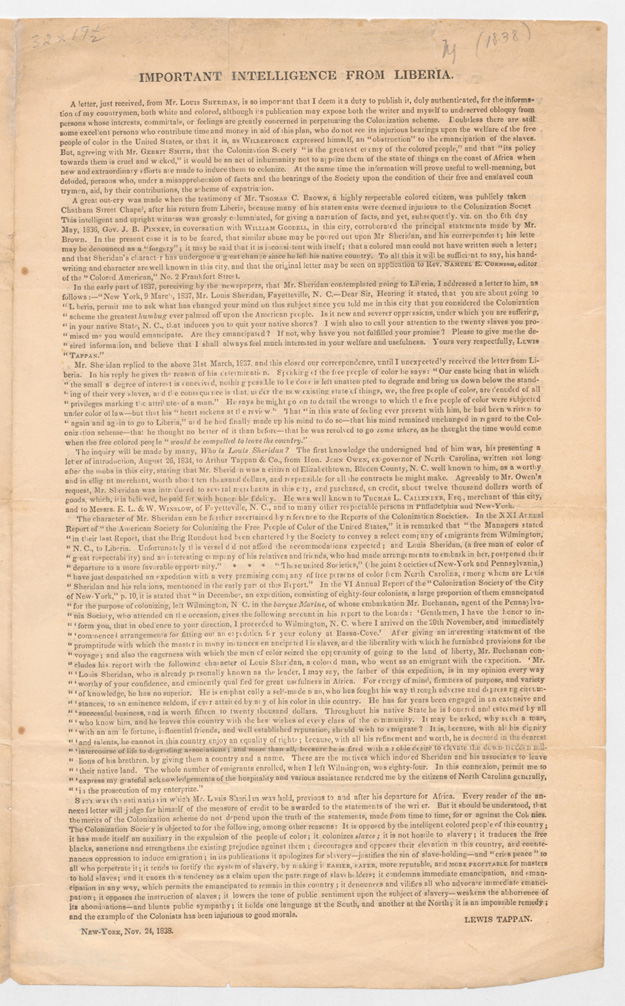 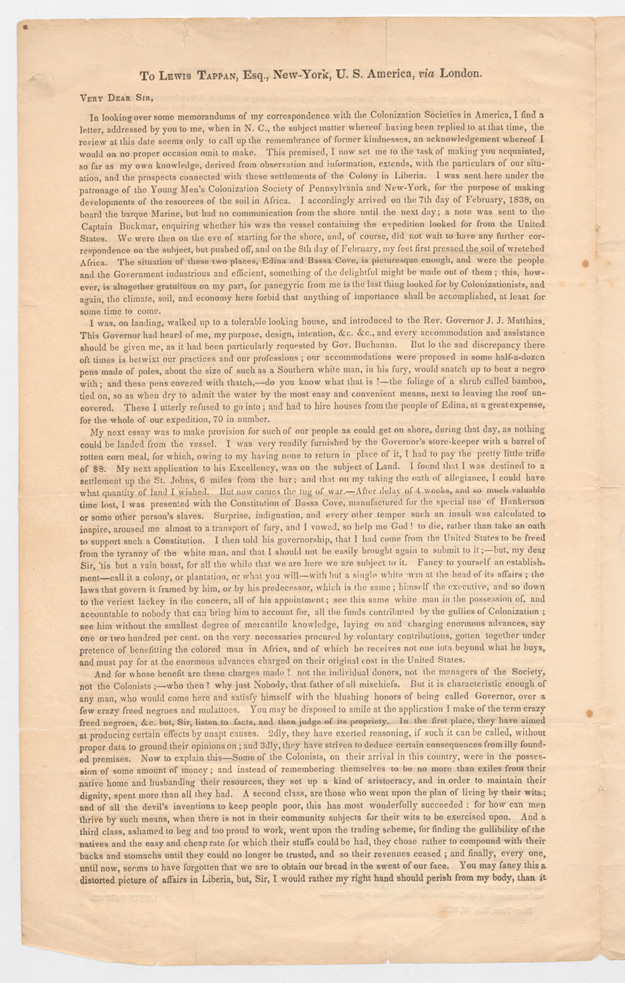 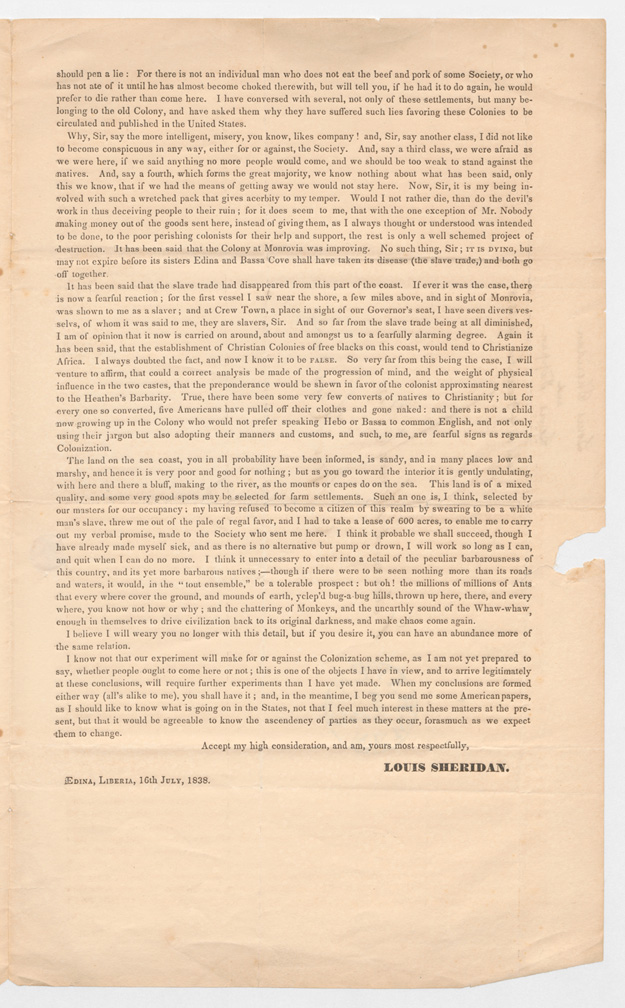 Memoir of the Life and Character of the Rev. Samuel Bacon. A.M. 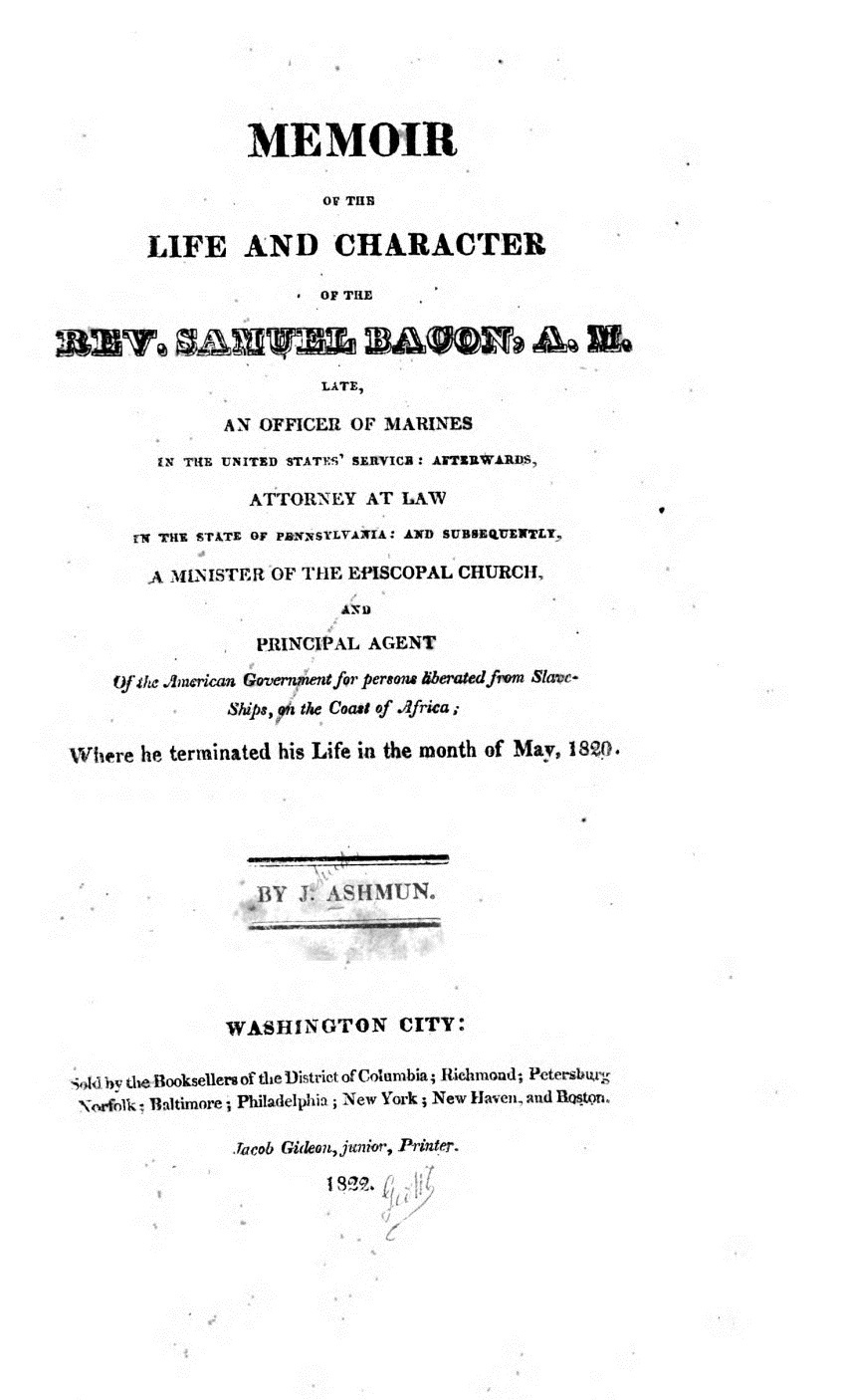 Memoir of the life and character of the Rev. Samuel Bacon, A.M...

African colonization. An enquiry into the origin, plan, & prospects of the American Colonization Society; being an extract from an article in the December number of the American quarterly review, for 1828. Fredericksburg [Va.] Printed at the Arena Office, 1829.

A few facts respecting the American colonization society, and the colony at Liberia. American Colonization Society. Washington: Printed by Way and Gideon, 1830.

Memoir of the life and character of the Rev. Samuel Bacon, A.M.: late, an officer of marines in the United States' service: afterwards, attorney at law in the state of Pennsylvania: and subsequently, a minister of the Episcopal Church, and principal agent of the American government for persons liberated from slave-ships, on the coast of Africa; where he terminated his life in the month of May, 1820. Jehudi Ashmun. Washington City: : Sold by the booksellers of the District of Columbia; Richmond; Petersburg; Norfolk; Baltimore; Philadelphia; New York; New Haven, and Boston. Jacob Gideon, Junior, Printer, 1822, [c1821].

History of the American colony in Liberia, from December 1821 to 1823. Compiled from the authentic records of the colony. Jehudi Ashmun. Washington City [D.C.]: Printed by Way & Gideon. 1826.

Abstract of a journal of E. Bacon, assistant agent of the United States, to Africa: with an appendix, containing extracts from proceedings of the Church Missionary Society in England, for the years 1819-20. To which is prefixed, an abstract of the journal of the Rev. J. B. Cates in an overland journey, performed in company with several natives, in the months of February, March, and April, 1819. The whole showing the successful exertions of the British and American governments, in repressing the slave trade. Ephraim Bacon. Philadelphia, S. Potter, 1821.

Reflections on the causes that led to the formation of the colonization society: with a view of its probable results: under the following heads: The increase of the coloured population. The origin of the colonization society. The manumission of slaves in this country. The declarations of legislatures, and other assembled bodies, in favour of the society. The situation of the colonists at Monrovia and other towns. Moral and religious character of the settlers. The soil and climate of Liberia. Its productions and commerce. The advantages to the free coloured population by emigration to Liberia. The character of the natives of Africa, before the irruption of the barbarians. The effects of the colonization on the slave trade--with a slight sketch of that nefarious and accursed traffic... Matthew Carey. Philadelphia, Printed by W.F. Geddes, 1832.

Ethiopia: her gloom and glory, as illustrated in the history of the slave trade and slavery, the rise of the Republic of Liberia, and the progress of African missions. David Christy. With an introduction by W. P. Strickland. Cincinnati, Rickey, Mallory & Webb, 1857.

Remains of Melville B. Cox, late missionary to Liberia. With a memoir by the Rev. Gershom F. Cox. Melville B. Cox. New York: T. Mason and G. Lane, 1840.

The duty of a rising Christian state to contribute to the world's well-being and civilization, and the means by which it may perform the same: the annual oration before the Common Council and the citizens of Monrovia, Liberia--July 26, 1855, being the day of national independence. Rev. Alex. Crummell. [Boston]: Reprinted by the Massachusetts Colonization Society, 1857.

Journal of a Voyage to Liberia, and a visit to several of its settlements. Thomas Fuller, Jr. Baltimore, Printed by John D. Toy, 1851.

Information about Going to Liberia: With Things Which Every Emigrant Ought to Know. Report of Messrs. Fuller and Janifer; sketch of the history of Liberia and the Constitution of the Republic of Liberia. Washington?]: American Colonization Society, 1852 (Washington: C. Alexander).

Life of Jehudi Ashmun: late colonial agent in Liberia. With an appendix, containing extracts from his journal and other writings; with a brief sketch of the life of the Rev. Lott Cary. Ralph Randolph Gurley. Washington: Printed by James C. Dunn, 1835.

An Address to the Free People of Color of the State of Maryland. James Hall, general agent of the Maryland State Colonization Society. Baltimore, Printed by J.D. Toy, 1859.

Maryland in Liberia: a history of the colony planted by the Maryland State Colonization Society under the auspices of the State of Maryland, U.S., at Cape Palmas on the south-west coast of Africa, 1833-1853: A paper read before the Maryland Historical Society, March 9th, 1885. John H. B. Latrobe (John Hazlehurst Boneval Latrobe). Baltimore: [s.n.], 1885 (Baltimore: John Murphy & Co.).

Sketches of Liberia: comprising a brief account of the geography, climate, productions, and diseases, of the republic of Liberia. J.W. Lugenbeel. Washington, C. Alexander, Printer, 1850.

Sketches of Liberia: comprising a brief account of the geography, climate, productions, and diseases, of the republic of Liberia. J.W. Lugenbeel. Washington, C. Alexander, printer, 1853.

The Liberian exodus. First voyage of the Azor. Liberia a delightful country. Climate, soil and productions. Character of the people in Liberia; and how they live. Full information of the Exodus movement. The Steamship. Liberian Exodus Association (Charleston, S.C.). Charleston, S. C., W. J. Oliver's print, 1878.

Speech of Mr. Miller, of New Jersey, on the exploration of the interior of Africa, and in favor of recognizing the independence of Liberia, delivered in the Senate of the United States, March 3, 1853. Jacob Welsh Miller. [Washington: Printed at the Congressional Globe Office, 1853?].

A review of the cause and the tendency of the issues between the two sections of the country, with a plan to consolidate the views of the people of the United States in favor of emigration to Liberia, as the initiative to the efforts to transform the present system of labor in the southern states into a free agricultural tenantry, by the respective legislatures, with the support of Congress to make it a national measure. Lewis H. Putnam. Albany, N.Y.: Weed, Parsons & Co., 1859.

On the Republic of Liberia, its products and resources. By Gerard Ralston. A paper read before the Society for the Encouragement of Arts, Manufactures, and Commerce, May 21st, 1862. Gerard Ralston. [London, 1862].

Independence of Hayti and Liberia.: Speech of Hon. Charles Sumner, of Massachusetts, on the bill to authorize the appointment of diplomatic representatives to the republics of Hayti and Liberia, with the debate thereon; in the Senate of the United States, April 23 and 24, 1862. Charles Summer. Washington: Printed at the Congressional Globe Office. 1862.

The Liberian Republic As It Is. George R. Stetson. Boston, A. Williams, 1881.

Adventures and observations on the west coast of Africa, and its islands. Historical and descriptive sketches of Madeira, Canary, Biafra, and Cape Verde islands; their climates, inhabitants, and productions. Accounts of places, peoples, customs, trade, missionary operations, etc., etc., on that part of the African coast lying between Tangier, Morocco, and Benguela. Charles W. Thomas. New York, Derby & Jackson, 1860.

Report of the Naval Committee to the House of Representatives, August, 1850, in favor of the establishment of a line of mail steamships to the western coast of Africa, and thence via the Mediterranean to London; designed to promote the emigration of free persons of color from the United States to Liberia: also to increase the steam navy, and to extend the commerce of the United States. With an appendix added by the American Colonization Society. United States Congress. House Committee on Naval Affairs. Washington, Printed by Gideon and Co., 1850.

A concise history of the commencement, progress and present condition of the American colonies in Liberia. Samuel Wilkeson. Washington, Printed at the Madisonian Office, 1839.

The Price of Liberty: African Americans and the Making of Liberia. by Claude A. Clegg III. Chapel Hill: University of North Carolina Press, 2004.

Youth and Development; Speech Given at the University of Monrovia, Liberia, on 18th November, 1965. Habib Bourguiba. [Monrovia? 1965].

Delivered Through Rain: A True Account of How God Delivered a Family During the Liberian Civil. War K. Oduro-Afriyie. Accra: Asempa Publishers, Christian Council of Ghana, 1999.

Four years in Liberia: the quadrennial report to the General Conference of 1908. Isaiah B. Scott. New York: Africa Diamond Jubilee Commission, Board of Foreign Missions of the Methodist Episcopal Church, 1908.

A Land and Life Remembered 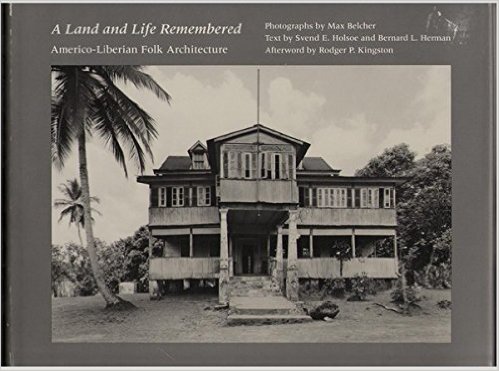 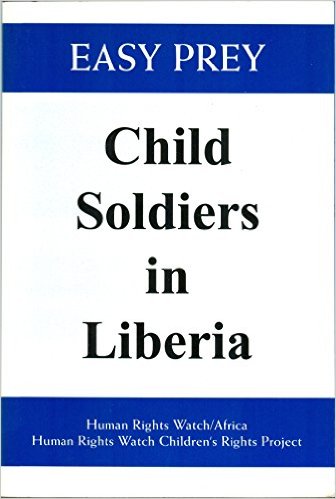 Liberia: A Visit Through Books 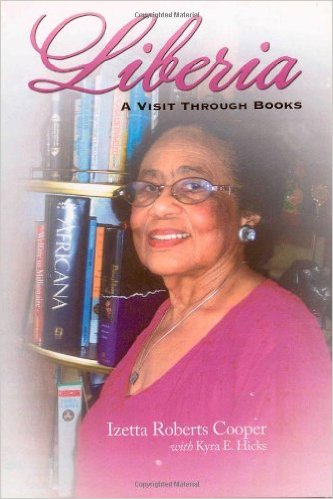 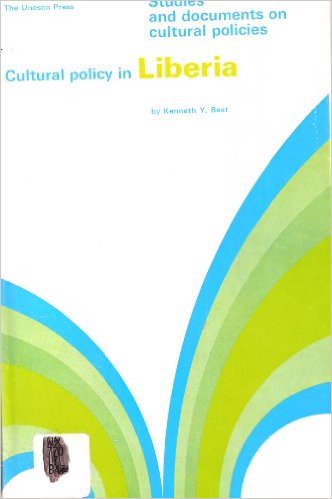