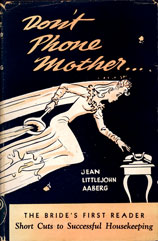 African Travel Diary, 1921-1926; (bulk 1921-1922)
Travel diary kept by an unidentified Englishwoman during a visit to Africa. Diary commences near Victoria Falls and describes travel along the Zambesi River, including descriptions of indigenous plants, animals, and people. Also comments on European settlements.

Michael Francis Blake Photographs, 1912-1934
Charleston, SC. Photographs made by Michael Francis Blake, Charleston's first, and for many years only, black photographer. The subject of his photographs are black women, men, and children which gives a window into the African American community life in Charleston. Notable is a photo of a woman dressed in man's clothing, and a group photo of ten young nurses, probably students at the Hospital Training School for Nurses at Charleston, a black institution.

Annie Lois Newkirk Blakely Papers, 1870-1988; (bulk 1921-1970)
Durham, NC. Correspondence, diaries, notebooks, photographs, calendars, and cards. Diaries span thirty years of daily entries documenting the life of a mother and housewife from the depression period to the 1970s. Correspondence is mainly from family and friends, including two daughters writing home from college in the 1940s.

Blunt Family Papers, 1943-1965 and undated
Portsmouth, VA. Correspondence, financial papers, genealogy, clippings, printed material, and photographs, all relating to the Blunt family. Topics in the correspondence include: family relations; health; courtship; financial matters; and other domestic issues, particularly the strains of maintaining the family when its members migrated to other parts of the United States. Some letters detail the workings of an Afro-American women's voluntary association, or "friendly society," the House of Ruth Lodge. Collection also includes greeting cards, report cards, and numerous photographs of family members.

Rachael Ferver Diary, 1928, Jan. 1-Dec. 31
Youngstown, OH. Wife of a steel factory manager in Yokohama, Japan, her diary primarily focuses on how Ferver filled her days while her husband was away at his job. Activities included visiting others, shopping, letter writing, and playing bridge. For much of the time she confessed to being bored and to feeling "so helpless in this muddy Orient."

Ruth Finlay Papers, 1960-2011
Collection comprises diaries written by Finlay documenting the details of her emotional reactions to her daily life, activities, behavior, social life, and family life. Topics include her hospitalization, ongoing treatment for, and life following cancer, her relationships with her husband, children, and grandchildren, and the death of an adult son.

Frank W. Gardner Letters, 1938-1947
World War II era correspondence between Frank Gardner and his wife Jennie between 1941 and 1944 during his military service. Also present are some letters Jennie Gardner mailed to Frank around the time of his death, which document her life on the home front in Arlington, Mass. The collection also contains some letters from the United States War Department, greeting cards, postcards, and photographs.

Paul Kwilecki Photographs and Papers, 1960-2008 and undated
Bainbridge, GA. Photographic prints made by documentary photographer Paul Kwilecki in Decatur County, Georgia. The prints relate to various aspects of life in Decatur County, including religion, agriculture, industry, commerce, courts, and recreation. Conditions of African Americans and women are reflected in this collection.

Margaret K. Motsinger Papers, 1946
Roaring Gap, NC. Diary kept by an Englishwoman while aboard a ship as one of a group of war brides en route to New York. Entries describe her reactions to the accommodations, Negroes in the crew, and preparation for life in America provided through films and talks.

Post Card Collection, 1910-present
US and International. The postcard collection consists of cards indexed geographically and by subject matter, and images or portraits of women can be found throughout. Such images range from work scenes to pinups to stereotypical and "humorous" comments on women's place in society.

Florence Moss Smith Papers, 1916-1973; (bulk 1941-1945)
Elberta, AL. Chiefly correspondence between Smith and her husband during his enlistment as a Lt. in the U. S. Navy during WWII. Also includes correspondence with other family members such as her son while her served in the Army during the Vietnam Conflict and her daughter while a student at Duke. Some correspondence dates from Smith's own student years at Duke in the 1920s as well as her employment at the Duke University Press and as Director of Religious Activities.