Teaching with Primary Sources: Women's Suffrage in the United States 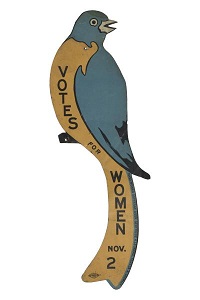 The campaign for women’s voting rights lasted almost eight decades starting in the middle of the 19th century. Considered the largest reform movement in United States history, its participants believed that securing the vote was essential to achieving women’s economic, social, and political equality. Though the dominant narrative of the movement has focused on white women who benefited from the passage of the Nineteenth Amendment more than Black, Indigenous, and Women of Color (BIWOC), this module and the exhibitions it’s based on seek to highlight a diversity of historical figures and viewpoints throughout.

In this session learners will use a range of textual and visual primary sources to understand the perspectives of activists, politicians, and others for and against suffrage through a critical analysis of primary sources.