About the Naval History and Heritage Command

"The Naval History and Heritage Command traces its lineage to 1794, when the Navy Department Library was established under the Naval Bureau, which was part of the War Department in Philadelphia. In 1800, President John Adams asked Benjamin Stoddert, the first Secretary of the Navy, to prepare a catalog of professional books best suited for a naval library. Today, the NHHC is the central resource for today’s operational Navy and acts as the service's institutional memory.

The NHHC manages the official history program of the United States Navy, fulfilling its mission to strengthen the Navy’s effectiveness by preserving, analyzing, and interpreting the service’s hard-earned experience. A professional staff of historians, archivists, librarians, museum specialists, and naval personnel carries out historical activities and supports the fleet.

The Command oversees Navy programs and instructions related to history; advances knowledge of naval history and heritage through professional research, analysis, and interpretation, delivering a range of knowledge products and services; advises the Navy, other agencies, and the public on issues related to Navy ship and aircraft wrecks; and administers grants, fellowships, scholarships, and internships related to naval history" 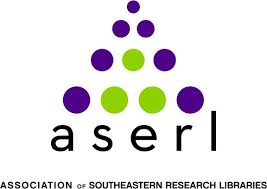