From our Digital Collections 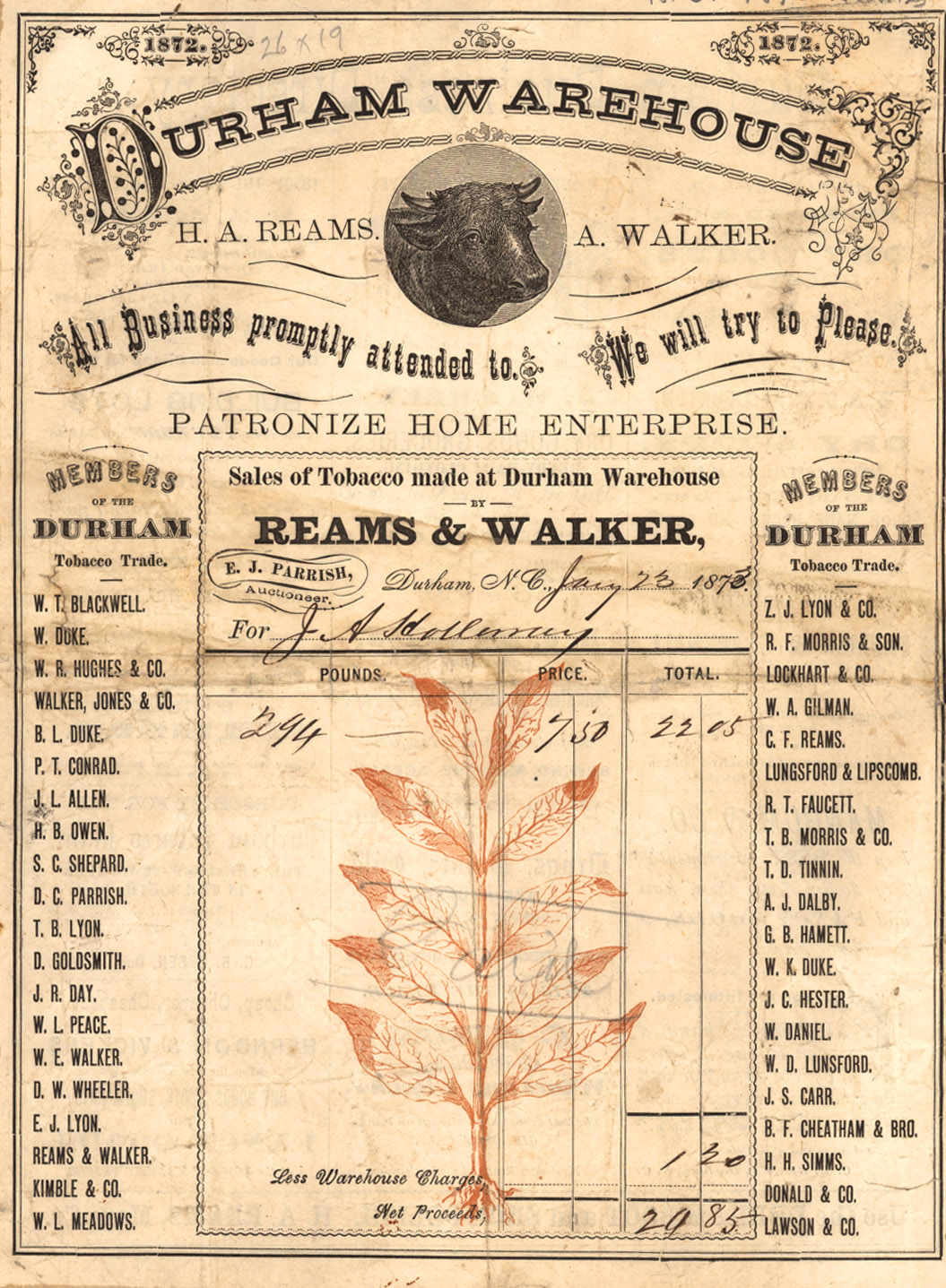 These sections include notable collections that focus on Durham's economic and business history ranging from general stores to industrial operations like Erwin Mills, as well as the black-founded and owned financial institutions that made Durham's Black Wall Street nationally known. The labor section looks at labor activism from Durham's textile mills in the early 20th century to organizers working with immigrant farmworkers in the early 21st century.