The Civil War: Women and the Homefront: Primary Sources Online

The American Civil War:  Letters and Diaries  (Available to Duke users only.)

Microfilm may not be the most popular choice for modern researchers, however a significant amount of material related to women and the civil war from Duke and elsewhere has been compiled in microfilm collections that are available at many institutions. If your local library does not have these resources, they may be able to borrow them via Interlibrary Loan. The list of manuscript collections at Duke is annotated to indicate which collections have been microfilmed. 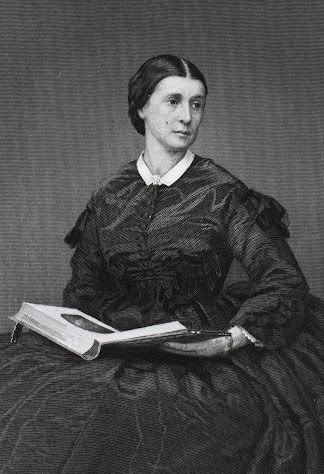 Rose O'Neal Greenhow Papers, 1861-1864 Letters from Greenhow, a Confederate spy, to Jefferson Davis, Alexander Boteler, and others, regarding war activities. Also several newspaper articles describing her imprisonment in 1861 and her death in 1864. Image of Greenhow at right from My Imprisonment and the First Year of Abolition Rule At Washington, by Rose Greenhow. London: Richard Bentley, 1863.

Sarah E. Thompson Papers, 1859-1898 The materials in this collection center around the murder of Thompson's husband, her intelligence work for the Union army which led to the defeat of Confederate General John Hunt Morgan, and her subsequent post-war struggles against poverty, largely as a single mother.

Hannah Valentine, Lethe Jackson, and Vilet Lester Letters These letters provide a rare firsthand glimpse into the lives of enslaved African American women and the relationships they had with their owners.

Alice Williamson Diary, 1864 Transcription and scanned image from diary of a 16 year old rebel girl living in Gallatin, Tennessee during Union occupation of the area.

Digitized Materials from Other Institutions

Documenting the American South (DocSouth), a digital publishing initiative sponsored by the University Library at the University of North Carolina at Chapel Hill, provides access to digitized primary materials that offer Southern perspectives on American history and culture. It supplies teachers, students, and researchers at every educational level with a wide array of titles they can use for reference, studying, teaching, and research. Some sections of interest include:

Valley of the Shadow Project

The Valley of the Shadow is a digital archive of primary sources that document the lives of people in Augusta County, Virginia, and Franklin County, Pennsylvania, during the era of the American Civil War. The Valley Project is a part of the Virginia Center for Digital History at the University of Virginia.

Nancy Emerson Diary, 1862 Memoranda of events and thoughts of woman living in Augusta County, Virginia. Transcription and scanned images of the original manuscript diary held in the Alderman Library at the University of Virginia.

Civil War Reminiscences by Catharine Hunsecker Transcription of a narrative which gives some general information about Hunsecker's life, but mainly focuses on the events of the Civil War and the effect it had on her community in Franklin County, PA.

Carrie Berry Diary August 1, 1864-January 4, 1865 Passages from the diary of a 10 yr. old Atlanta girl describe the immediate effects of the War on her and her family. Transcription of original diary provided by the Atlanta History Center.

10th South Carolina Ladies AuxiliaryThis is a website for Civil War reenactors that contains a wealth of primary source information about women during the war. Site includes links to several WPA memoirs of South Carolina women during the war, detailed information about fashion and fabrics of the times, and a bibliography of suggested readings. The website is under construction but an old version can be found through Internet Archive.

The Ladies Union Aid Society of St. Louis Produced by a women's Civil War reenacting group, this site provides a history of the LUAS which contains excerpts from original documents related to the creation and work of the Society. Includes references to specific women such as Anna Clapp and Jesse Freement, but also illustrates the work of the many unnamed women who aided soldiers. Also has a bibliography for further reading.