Guide to Resources in Italian Literature and History 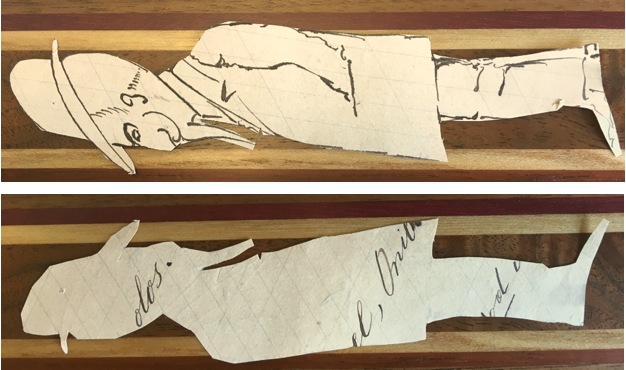 The European Studies resources in the Humanities and Social Sciences provide a rich context for German Studies research. The Duke and UNC Libraries subscribe to thousands of periodicals, annuals, and irregular series from and about Great Britain, Germany, Austria, Switzerland, the Netherlands, Scandinavia, France, Italy, Belgium, Spain and Portugal. In addition, the libraries hold many complete runs of historic serial titles. The collections include films and videos from and about Europe, and several large microform sets covering European topics, especially on Great Britain and Germany, as well as large biographical archives and US government archival collections on European countries. New collection development efforts important for European Studies include Linguistics, Film and Visual Studies, Jewish Studies, Islamic Studies, Minority Literatures in Europe, and expanded coverage of contemporary authors, especially for France, Germany, and Italy. The Duke Libraries are a depository for documents published by the European Union, and Duke and UNC Libraries collect government documents and statistics from individual European countries, as well as publications by many international organizations (ILO, OECD, and more).

Duke and UNC Libraries have well-funded approval plans for humanities collections in general, and for European as well as Medieval Studies in particular. Over the past three years the UNC library has received substantial Mellon funding to enhance the already strong collections in the History of Medicine, British History, and Medieval Women. Duke Libraries have benefited from a special Duke Provost fund used to acquire historic electronic journal back files and digital libraries of primary documents.

Manuscripts: The library owns a fair number of collections dealing with diplomatic and military history of Great Britain and the Empire, dating from the late 19th century. Furthermore, it holds the papers of two Viennese Economists: Oskar Morgenstern and Karl Menger.

The Jantz Collection: The collection consists of some 3,500 titles in German Baroque literature, complemented by over 7,000 titles reflecting Dr. Harold Jantz's other scholarly interests, namely German Americana of all periods, English-German literary relations, the Age of Goethe, Rosicruciana and Occulta.

Nazi Period: The collection consists of some 1550 rare monographs, official NSDAP documents, journals, propaganda and pictures published in Germany during the Third Reich. In addition, the library owns a set of 2,858 technical and scientific reports detailing German research during that time period.

Viennese Collection: Printed materials relating the social and political history of Vienna, as well as its art and architecture. This collection complements the private library of the late Viennese musicologist Alexander Weinmann (1901-1987), which is held in the Music Library. This latter collection consists of some 8,000 pieces from his private research collection. Emphases are music publishing in Vienna from the late 18th century through the 19th century and Viennese musical life in the 19th century. There is a large component of sheet music, including a number of first editions. Supplementing the Weinmann Collection is the Peter Riethus Collection consisting of some 1,200 books and scores from the estate of Peter Riethus of Vienna. This collection contains many out-of-print biographical and historical titles concerning Vienna and Central Europe.

The Guido Mazzoni Collection: The collection consists of some 55,000 mostly Italian pamphlets, theatrical works, librettos, programs, catalogs dating from the 16th to the 20th century. It includes some World War II fascist propaganda, and, most importantly, one of the largest extant collections of "per nozze," being essays, studies or small works published on the occasion of a marriage.

The Lanson Collection: The collection was purchased from Professor Gustave Lanson, noted French scholar and critic in 1927. The collection consists of 11, 000 titles, many being standard works of modern French authors, as well as an extensive reprint collection of articles by Lanson and other French literary scholars.