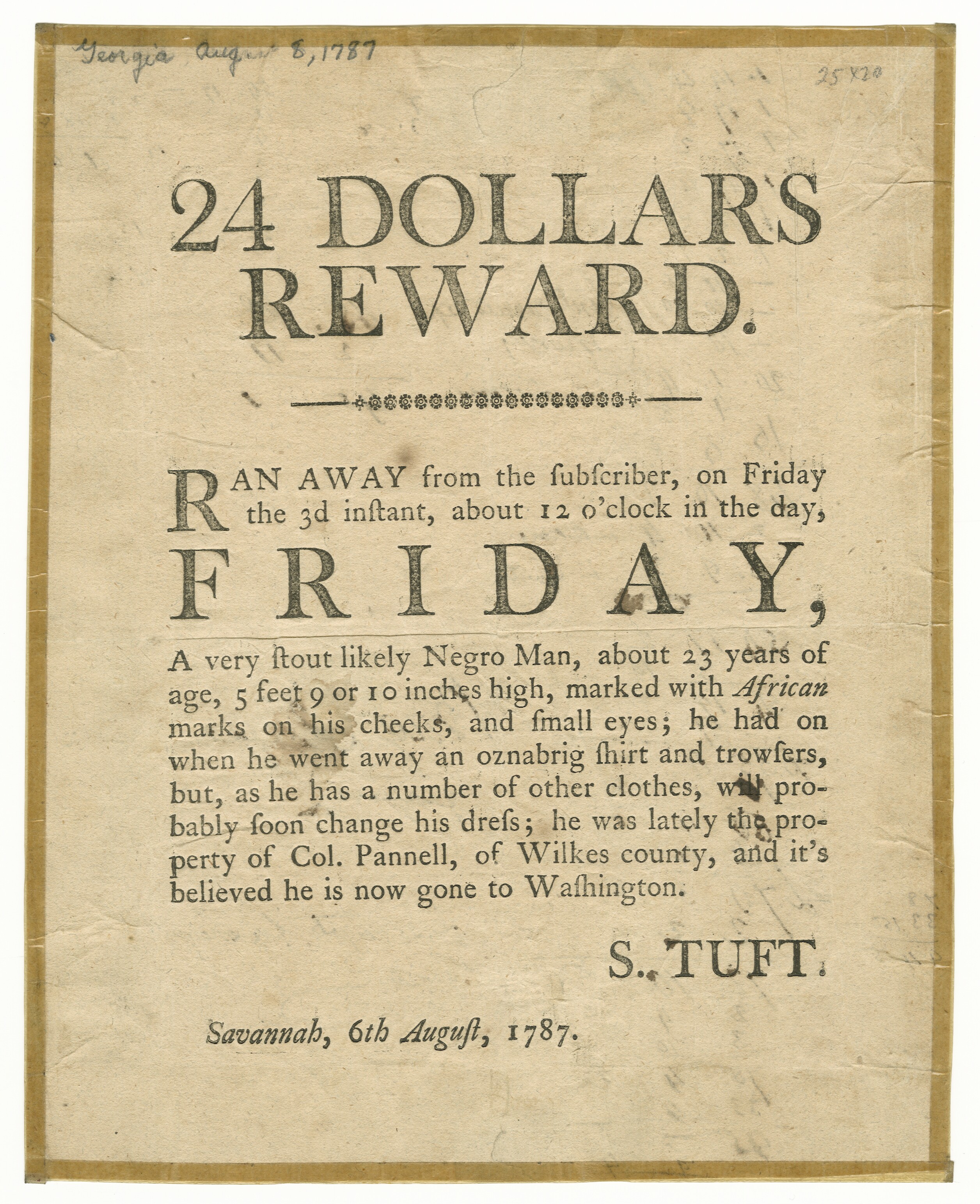 This guide is designed to help researchers identify resources at the Rubenstein Library related to African American lives during the Colonial and Antebellum periods (1600-1865) of American History. This particular period is highlighted by the period of enslavement of Africans brought to the western world by European traders, were sold, traded, labored, and lived in the United States. Finding resources for enslaved people of African descent can be difficult during this period, formal education was deemed illegal for many African Americans so records authored by enslaved African Americans are rare. Nevertheless, the Rubenstein Library holds a notable amount of slave letters. Outside of these scant examples, the enslaved African American experience is frequently embedded in the records of white slave holders, slave traders, government records, newspapers, and broadsides.

Consult Duke Libraries' on-line catalog for more recent publications and any additional materials the library may have. Feel free to ask a librarian if you need help finding information on this topic.