Art and the History of Medicine: Instruments, Artifacts, and Art Objects

The History of Medicine Collections retains the largest collection of ivory anatomical manikins in North America. There are currently 22 ivory anatomical manikins in the collection. Most of the dolls display the female body at a full-term pregnancy. The collection also consists of a few pairs of male and female figures. Dating from the seventeenth and eighteenth centuries, these dolls more than likely were used by physicians or midwives for instructing women. 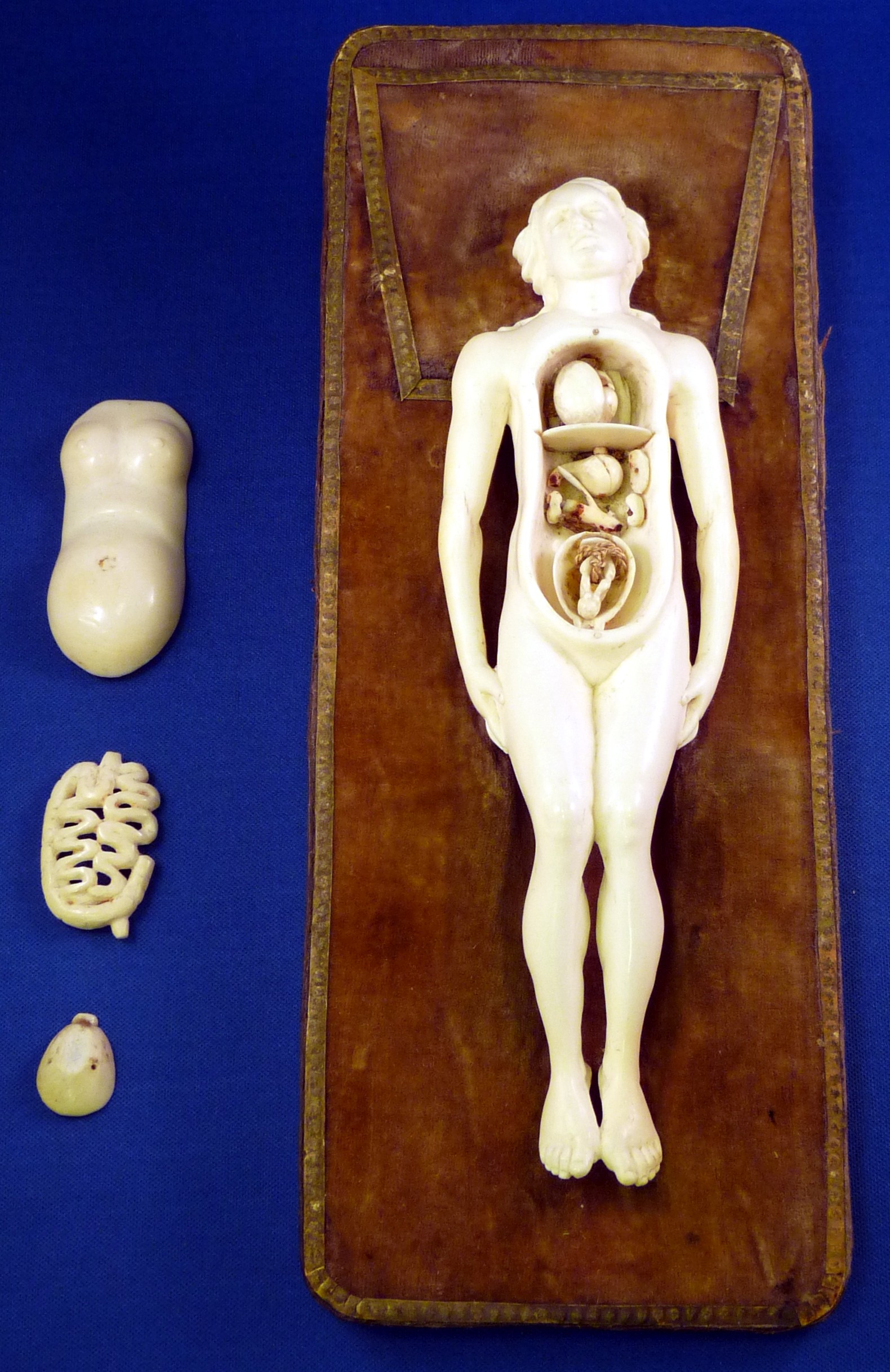 Collection of historical medical instruments and artifacts, art objects, realia, and other three-dimensional objects related to the history of medicine, primarily originating from Europe and the United States, but including some artifacts from China and Japan. Ranging in age from the late 16th to the late 20th centuries, objects include medical kits and pharmaceutical items (often in the original cases and bags); equipment used in amputation, obstetrics, opthalmology, surgery, urology, neurology, early electrical therapies, and in research and diagnostic settings; instructional objects such as anatomical models and figurines; and other objects such as apothecary jars, cupping glasses, infant feeders, a bas-relief memento mori, and fetish figures. There are many models of microscopes and stethoscopes, dating from the 17th to the 20th century.

Thousands of images portraying physicians, scientists, nurses, and other individuals related to the history or practice of medicine. Places featured include hospitals and other institutions of medicine, and scenes related to events in medical history. Subject categories include advertising, anatomy, books, caricatures, childbirth, embryology, medical instruments, pediatrics, physicians, and surgery. The predominant formats are engravings, lithographs, print materials, and modern photographic prints, but there are also albumen photographs, negatives, and other image formats.