A new history of Japanese cinema : a century of narrative film (2005)

The Toho Studios story : a history and complete filmography (2008)

iFilm Connections: Asia and Pacific
A catalog of recent feature films and award winning films. Essays on Japanese cinema, and filmography of prominent directors such as Kurosawa

Kinema Club, Ohio State
Kinema Club is an informal group of scholars studying Japanese cinema and other moving image media (the name comes from a famous Taisho era movie theater in Kobe) which was formed out of the shared need for bibliographic information. Has information on holdings in North American libraries, links to Japanese production companies, film festivals, actors, data and search engines, a discussion of Noel Burch's, To the Distant Observer, a guide to film specialty bookstores in Japan, and how to find prints in the US. Extremely useful.

Also provides links to online criticism and a searchable database of books and articles on Japanese media.

Midnight Eye
“The latest and best in Japanese cinema”, features interviews, reviews and a calendar of events of Japanese films past and present.

Kinema Club
This is a site devoted to the study of Japanese moving image media. It includes a database of resources and a discussion group.

Center for Asian American MediaCreated to counter the scarcity of images of Asians in film and television, to correct the often distorted portrayals of them in the mainstream media and to create opportunities for the full participation of Asian American producers in the public media. Source of many of the PBS films on Asian Americans; covers all of Asia; for all age groups; includes ethnic heritage, Japanese internment, aging, activism, art and performance.

Search tips for finding films in the classic catalog

To find anime at Duke, use advanced search of the catalog with "animated films Japan" as subject keyword and limit search to film/video format.

To find Japanese films at Duke, use advanced search of the catalog with "feature films Japan" as subject keyword and limit search to film/video format. 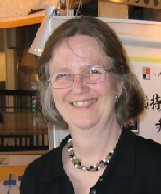